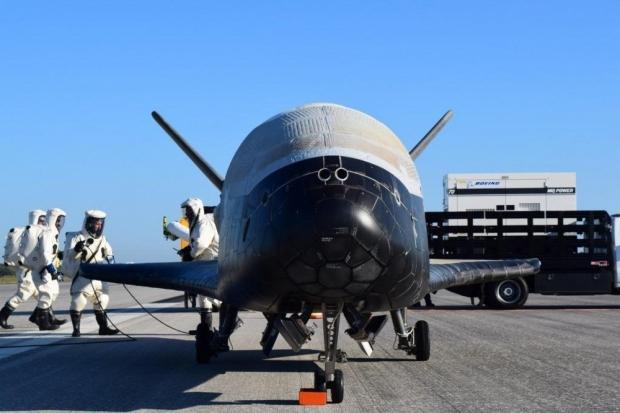 The Air Force's statement says that the X-37B Orbital Test Vehicle, or OTV, is an experimental test program to demonstrate technologies for a reliable, reusable, unmanned space test platform for the U.S. Air Force. The primary objectives of the X-37B are twofold; reusable spacecraft technologies for America's future in space and operating experiments which can be returned to, and examined, on Earth.

However, not much is know about the spacecraft. Among many theories floating around, some mention that the X-37B could be a space bomber or a new type of probe that can destroy spy satellites. 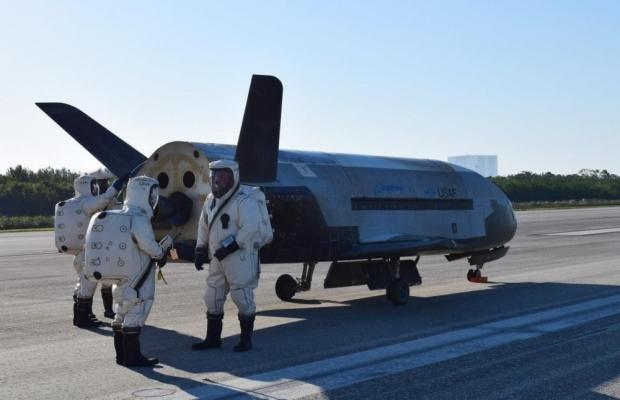 This was the fourth and longest classified mission, which began on May 20th, 2015. The spacecraft flew in orbit at an altitude between 177 and 800 km. NASA previously revealed that it carried out experiments with materials on board the spacecraft and that a test solar sail is also on board.

"The landing of OTV-4 marks another success for the X-37B program and the nation," Lt. Col. Ron Fehlen, X-37B program manager, said in an Air Force news release. "This mission once again set an on-orbit endurance record and marks the vehicle's first landing in the state of Florida. We are incredibly pleased with the performance of the space vehicle and are excited about the data gathered to support the scientific and space communities."

Only two reusable X-37B vehicles have been confirmed as constituting the fleet. The reusable X-37B military spaceplane looks like a miniature adaptation of NASA's now-retired space shuttle orbiter. The space plane is 8.8 meters (29 feet) long and 2.9 m (9.6 feet) tall and has a wingspan of nearly 4.6 m (15 feet).