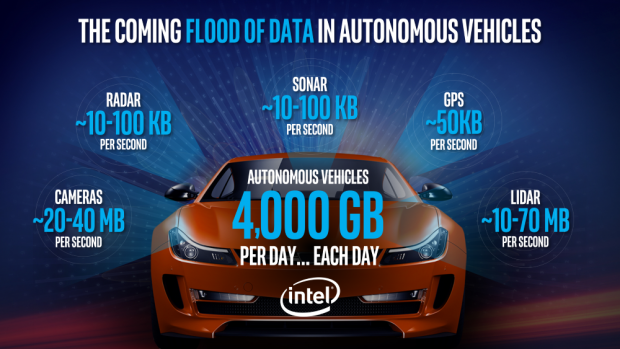 Mobileye has technology inside of 27 carmakers' vehicles, with technology from cameras to sensors around the car, to emergency braking technology, lane assistance systems, and more. Intel has been working with Mobileye for a while, teaming with BMW last year to make a fully autonomous car by 2021.

Intel isn't just throwing down its $15 billion investment for nothing, as the company sees the autonomous car market becoming a mammoth $70 billion market by 2030. Intel boss Brian Krzanich made it very clear that by combining Intel's processing power with Mobileye's advanced automotive computer vision systems, and its partnerships with carmakers, as something transformative. Krzanich said: "Together, we can accelerate the future of autonomous driving with improved performance in a cloud-to-car solution at a lower cost for automakers".