I've been spending hours per day playing The Legend of Zelda: Breath of the Wild on my Nintendo Switch, and I've got to say I'm completely capitivated by the game - the world, and how damn good it feels to play in portable mode on the Switch - and not docked, on my TV.

Well, while it looks great - my super-beefy gaming PC with an NVIDIA GeForce GTX 1080 Ti graphics card and AMD Ryzen 7 1800X processor are sitting here - doing nothing. But when footage of Zelda: Breath of the Wild popped up on Wii U emulator Cemu 1.7.3, running in 4K, my attention was quickly thrown to the footage.

The performance isn't too good, but we're talking about a software emulator, emulating the Wii U version of Zelda: Breath of the Wild. The developer has said it will take around 2-4 months to get the game in a state where it can be played all of the way through, explaining: "Zelda will probably be in a state where you can play it from start to finish in 2-4 months. Note that fixing ALL bugs in the game can take years but it should be comparable to Xenoblade Chronicles X in a few months". 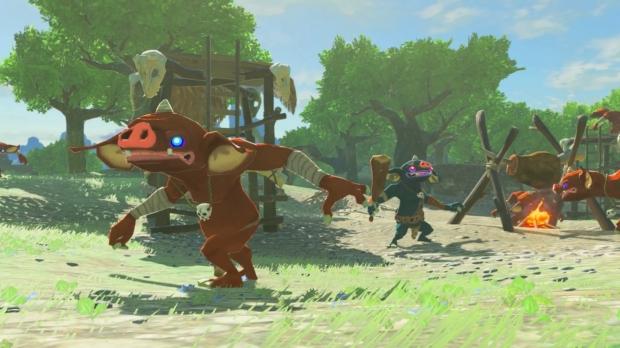