AMD has come out swinging in the desktop CPU market with their unbelievable Ryzen 7 family of CPUs, led by the impressive $499 chip in the Ryzen 7 1800X - but it's getting close to the time where they disrupt the datacenter market with Naples.

AMD's upcoming Naples CPU will offer up to 32 'Zen' cores, with huge bandwidth and IO numbers to boot, with "volume availability building in the second half of the year through OEM and channel partners". Forrest Norrod, senior vice president and general manager, Enterprise, Embedded and Semi-Custom business unit, AMD explains: "Today marks the first major milestone in AMD re-asserting its position as an innovator in the datacenter and returning choice to customers in high-performance server CPUs". 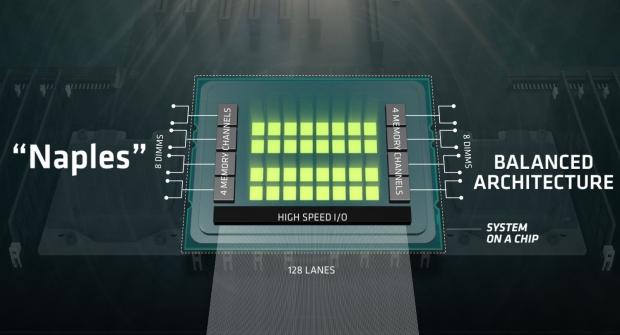