Horizon Zero Dawn patch 1.02 delivers the much-awaited performance mode for the PS4 Pro. Yet, this mode favors on delivering a smooth 30FPS gameplay rather than a much responsive 60 FPS experience. 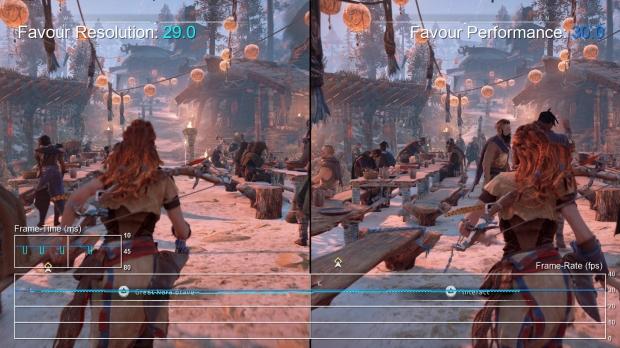 According to Eurogamer, which did a fantastic job in their initial frame-rate analysis, the performance mode actually forces the game to run at a locked 30 FPS in 1080p. Players who choose this option over the resolution mode will certainly miss out on the excellent SSAA coverage and all the eye candy that 4K provide. Even in Eurogamer's honest opinion, this performance mode is not much of a game changer because "Guerrilla's performance at 4K is already so good with only very minor drops (if any) in most areas."

Guerrilla Games approach about the performance mode is nonetheless an interesting one. We're now seeing a trend from developers who focus on maxing out the graphical performance of the consoles while delivering a smooth experience in their games instead of making them look like crap but run at "60 FPS".

If only the same can be said for Super Bomberman R, which Konami chose to run it at 30 FPS but in full resolution for both of the Nintendo Switch modes (portable and TV), it will be pretty awesome.