To celebrate this week's release of 'Mr Robot: Season 2.0' on Blu-ray and DVD, we have 15 Blu-rays to give away thanks to our friends at Universal Sony Home Entertainment. 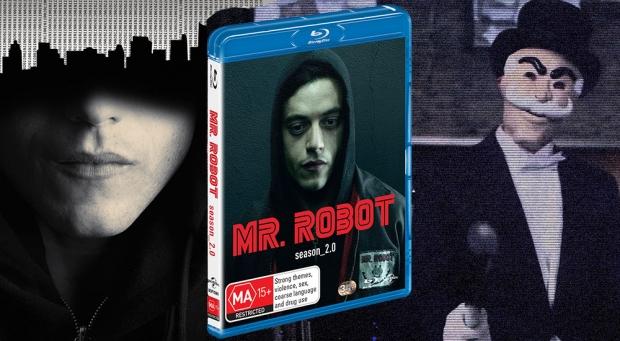 Control Is An Illusion. Winner of the Golden Globe for Best TV Drama, Mr. Robot follows Elliot Alderson, a young cyber-security engineer who becomes involved in the underground hack group fsociety, after being recruited by their mysterious leader. Following the events of fsociety's 5/9 hack on multi-national company Evil Corp, the second season explores the consequences of that attack as well as the illusion of control.

When Elliot originally found the fsociety file which had penetrated E Corp's server, what did the personalised message say?

'Mr Robot: Season 2.0' is available to purchase on Blu-ray and DVD at leading Australian retailers from March 1st.