With its built-in accelerometer and gyroscopic tracking, the Nintendo Switch's new JoyCon controllers are essentially mini Wiimotes that can be detached from the Switch tablet. So far we've seen games like ARMS fully leverage the JoyCons in innovative new ways, tracking gamers' punches and movements and mirroring them in-game, but Ultra Street Fighter II will do the same with its first-person mode.

Quality first-person fighting games are rare (Xeno Clash comes to mind), and VR has had some success resurrecting the weird crossover, but that requires bulky headsets and expensive hardware. But as we've seen with ARMS, Nintendo's new Switch console is a perfect platform for engaging first-person fighting experiences, and now Capcom's latest Ultra Street Fighter II will be the next in line to tap the JoyCons' potential.

Capcom has just released the first footage of Ultra Street Fighter II's first-person mode and it's quite interactive. Armed with JoyCons and their built-in sensors gamers can perform moves like uppercuts and punches in the real-world and see Ryu mimic the action.

You can even motion with your hands into a hadokens with the JoyCons in your mitts and Ryu will blast out his signature move.

The tracking isn't 100% perfect, but it's still quite good and looks to be immensely entertaining. Ultra Street Fighter II will also be a nice mix of retro fighting action and other modes, including the dynamic first-person battler. 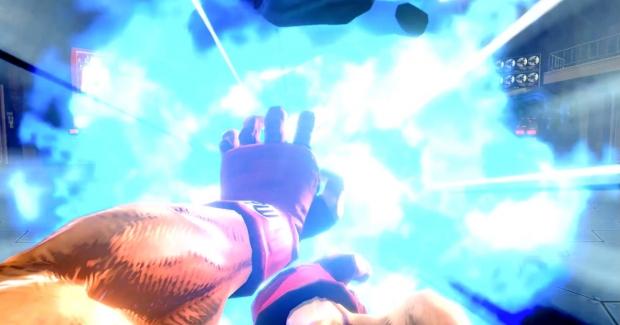