Just shy of its first birthday, the 4K Ultra HD format continues to go from strength to strength, with a solid collection of new and catalogue titles consstently delivering the goods. While Disney continue to be the sole holdout amongst the big Hollywood studios, that hasn't stopped a smaller German distributor from doing their own thing with one of their biggest titles. 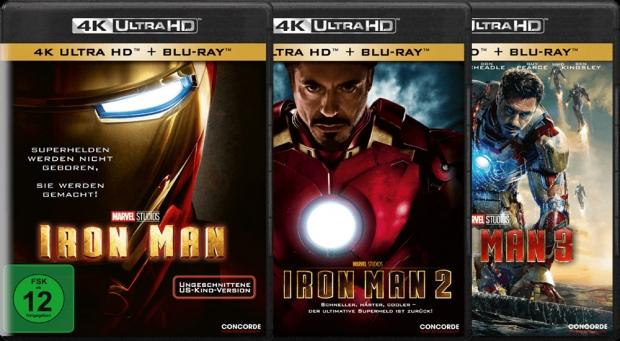 Concorde has announced the upcoming availability of 'Iron Man', 'Iron Man 2' and 'Iron Man 3' as standalone titles and in a trilogy steelbook boxset on the 4K Ultra HD Blu-ray format. Each film is set to be remastered at 4K resolution, with HDR and lossless DTS HD Master Audio tracks, and will also include a 1080p Blu-ray copy.

Disney have not announced any plans to release these, or any other titles for other markets, but we're hopeful they'll make their plans known sometime this year.