Bethesda will roll out a high resolution texture pack for Fallout 4 on PC, but the publisher affirms only higher-end rigs with beefy video cards and processors will be able to handle the update. In fact, Bethesda lists a GPU that doesn't even exist yet: AMD's Radeon RX 490. 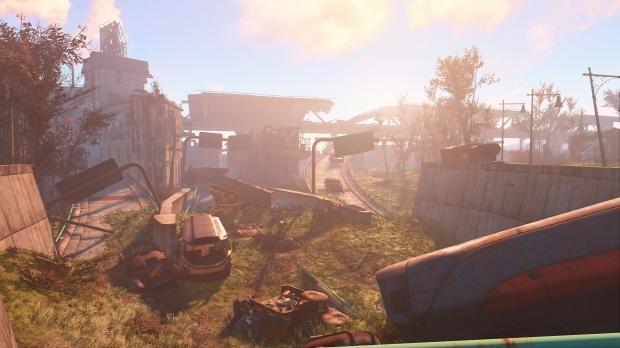 Fallout 4 is getting spruced up on consoles with a new PS4 Pro patch enabling native 1440p and on PC, but the latter will enjoy the biggest and most enhanced upgrade. Everyday PC gamers apparently won't benefit as the high-res texture pack as Bethesda wants you to have an NVIDIA GeForce GTX 1080 or an AMD RX 490 with 8GB of VRAM and an Intel Core i7-5820K or better to use the update.

Note: To utilize the High-Resolution Texture Pack, make sure you have an additional 58 GB of available and that your system meets/exceeds the recommended specs below. 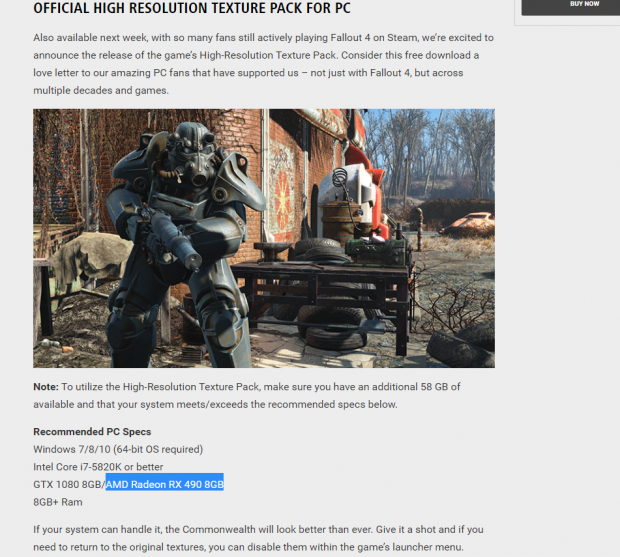 Now is it possible that Bethesda made a mistake and hit the number 9 instead of the number 8? Did they mean a Radeon RX 480 with 8GB of VRAM instead? Possibly, but given the huge performance disparity between a NVIDIA GeForce GTX 1080 and an AMD Radeon RX 480, I don't think that's likely.

In any case, it's interesting to see Bethesda push out official high-res texture packs. Let's hope they drop more info in the upcoming weeks...but I have a feeling their spec page will change pretty soon here.