GOES-16, the first spacecraft in NOAA's next-generation of geostationary satellites, has sent the first high-resolution images from its Advanced Baseline Imager (ABI) instrument. 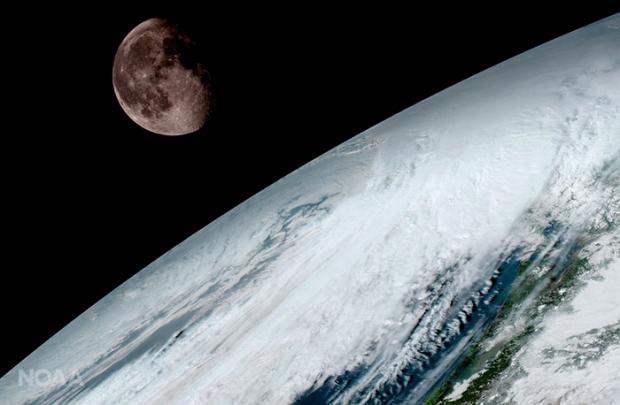 The GOES-16 is the latest step in a new age of weather satellites that should help us monitor the weather conditions.

The ABI can provide a full disk image of the Earth every 15 minutes, one of the continental U.S. every five minutes, and has the ability to target regional areas where severe weather, hurricanes, wildfires, volcanic eruptions or other high-impact environmental phenomena are occurring as often as every 30 seconds. The ABI covers the Earth five-times faster than the current generation GOES imagers and has four times greater spatial resolution, allowing meteorologists to see smaller features of the Earth's atmosphere and weather systems. 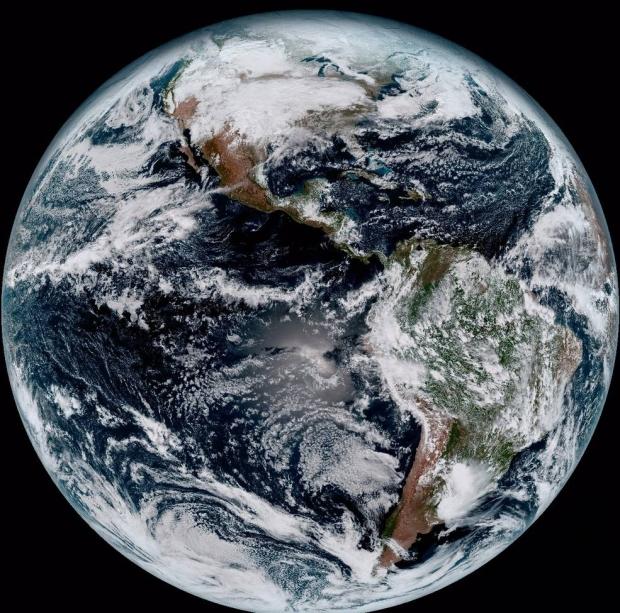 The first image shows view of the Moon as it looked above the surface of the Earth on January 15.

The beautiful photo of the Earth is created using several of the 16 spectral channels available on the satellite's sophisticated Advanced Baseline Imager. The image, taken from 22,300 miles above the surface, shows North and South America and the surrounding oceans. 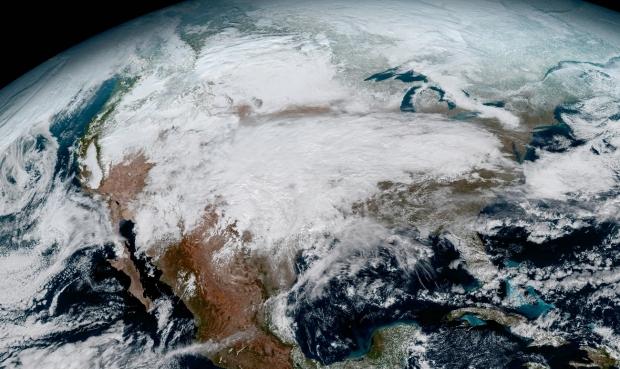 The image is much more than a pretty picture, it is the future of weather observations and forecasting. High-resolution imagery from GOES-16 will provide sharper and more detailed views of hazardous weather systems and reveal features that previous instruments might have missed, and the rapid-refresh of these images will allow us to monitor and predict the evolution of these systems more accurately. As a result, forecasters can issue more accurate, timely, and reliable watches and warnings, and provide better information to emergency managers and other decision makers.