CES 2017 - Enterprise storage giant EDGE Memory has unveiled a rather sizable lineup of high-end storage, encompassing new SSDs in all form factors including M.2, M.2 PCIe, and SATA racking all the way up to blazing-fast 3D TLC NAND memory. 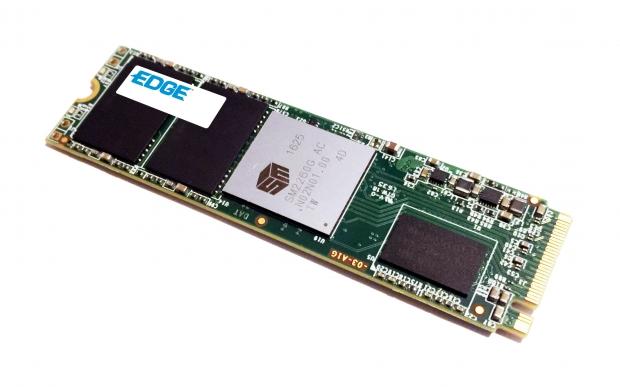 EDGE Memory's storage fleet is pretty sizable, so I've included a number of product spec sheets that you can find below. The most impressive of the lot is the company's NextGen M.2 PCIe SSD, which features up to 2TB of Tier-1 3D MLC flash memory on the M.2 protocol using PCIe 3.0 x4 NVMe 1.2 to hit insane 2.5GB/sec read and 1.1GB/sec write speeds.

EDGE also has some formidable drives based on the SATA protocol that use 3D VNAND flash memory. These include the eMerge 3D SSD, which sports the same grade 3D MLC flash memory as the NextGen M.2 set in a 2.5-inch SATA 6Gb/s profile. This model features 90,000 IOPs and up to 565MB/sec read and 525MB/sec write speeds.

Check below for info on the full lineup, and for more information hop over to EDGE Memory's official press release. 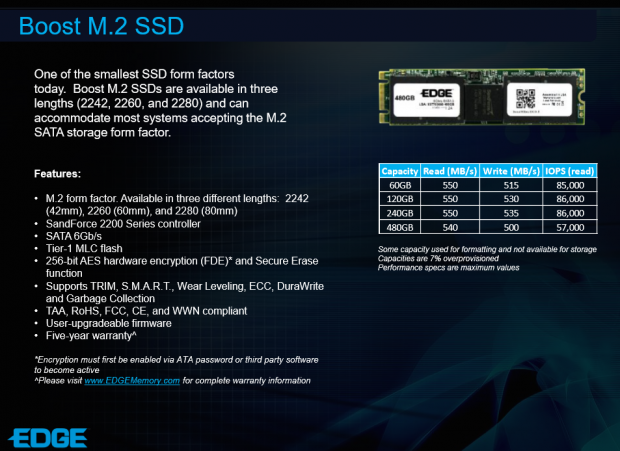 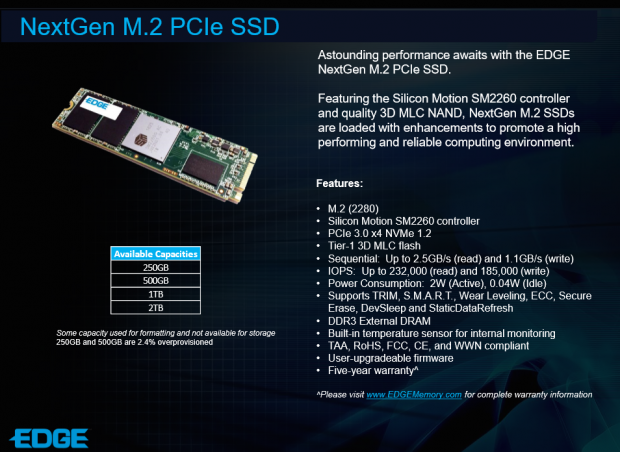 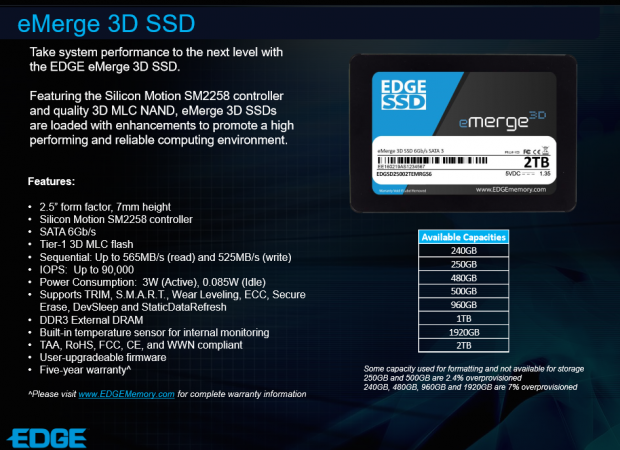 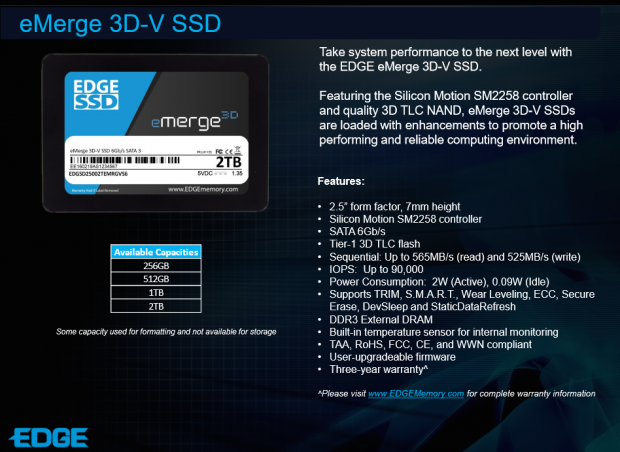 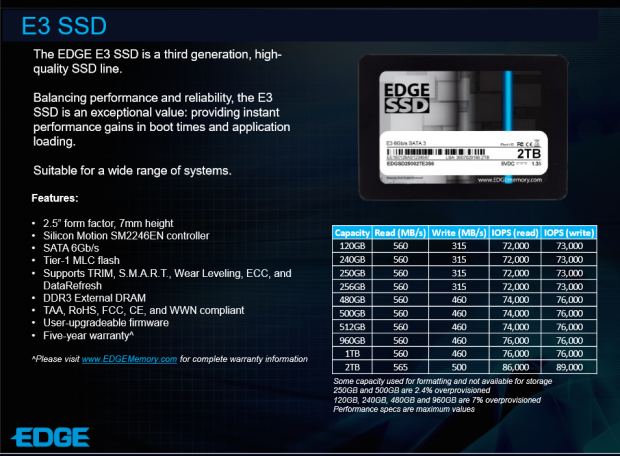 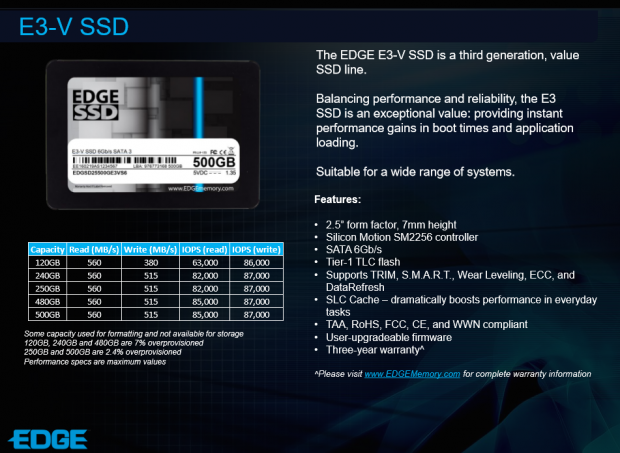 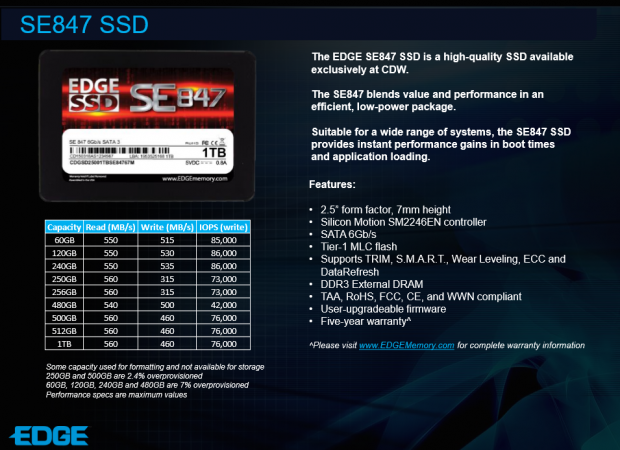 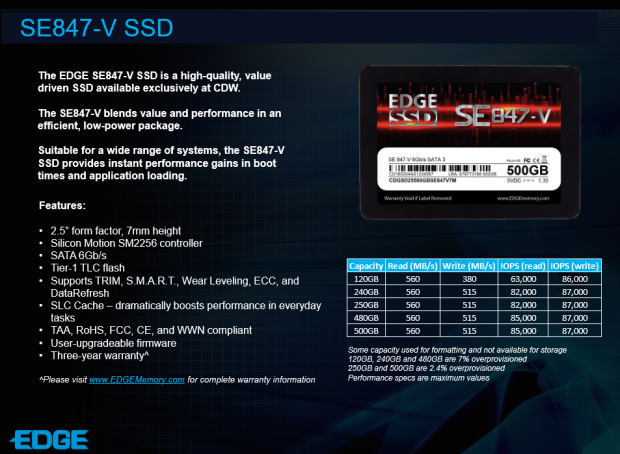 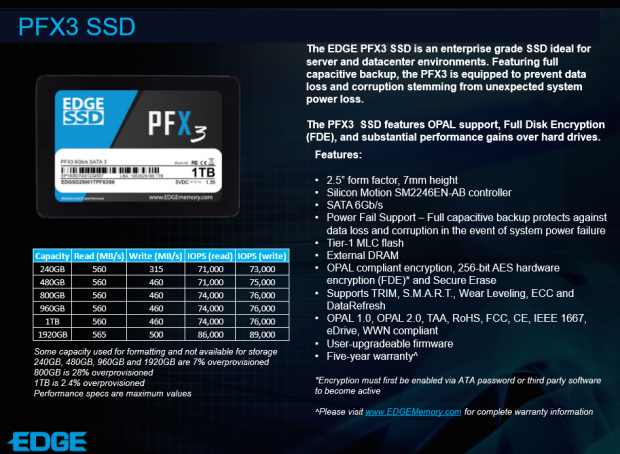 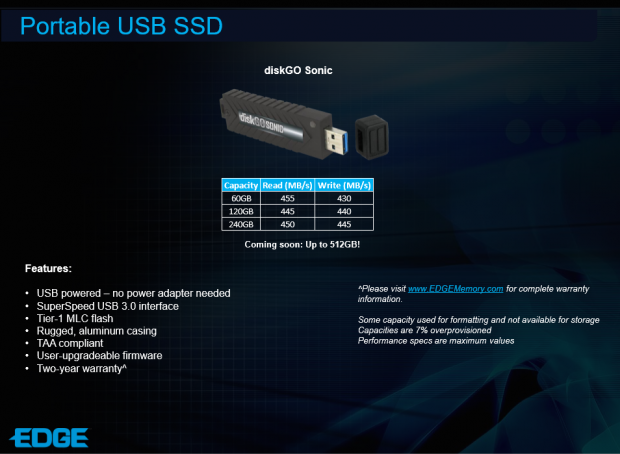