Tesla's Gigafactory is looking pretty amazing, as new drone footage shows. The footage was taken by Matthew Roberts and posted to YouTube. 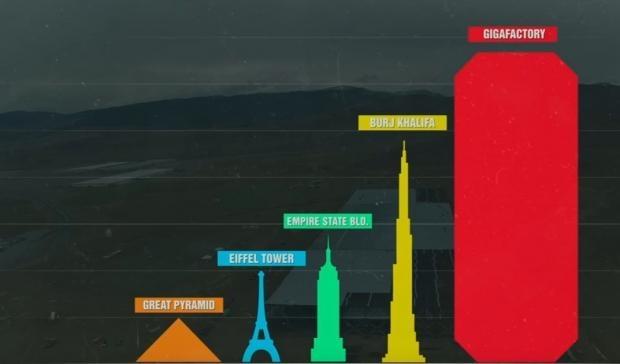 The footage was recorded using a DJI Phantom 3 Professional and it shows views of the construction process in Ultra HD 4K.

Tesla expects that Gigafactory 1 will reduce the production cost for their electric vehicle battery, Powerwall and Powerpack battery packs by 30%. Its projected capacity for 2018 is 50 GWh/yr of battery packs and its final capacity upon completion of the entire factory is 150 GWh/yr. This would enable Tesla to produce 1,500,000 cars per year.

Tesla's CEO Elon Musk earlier confirmed that he plans to choose a location for Gigafactory 2 in Europe next year. He also added that the factory would combine both the production of batteries and complete cars.