While we are still waiting for the new Nokia-branded Android smartphone, which should be unveiled in February at MWC, HMD Global launched their first Nokia phone - Nokia 150. 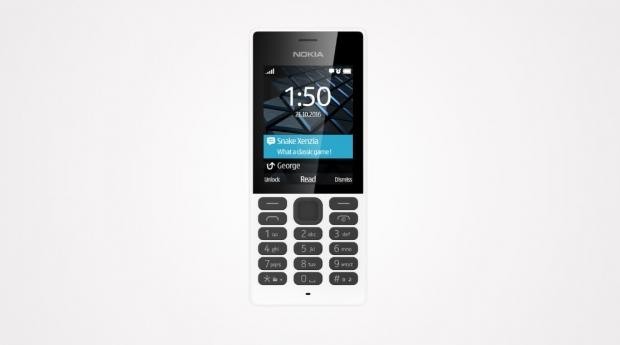 With the launch of Nokia 150, HMD Global will further strengthen the Nokia feature phones portfolio comprising of best-sellers like Nokia 105, Nokia 216 and Nokia 230. The new phones - the first Nokia feature phones to be released by HMD - combine beautiful craftsmanship with hallmark Nokia durability. Featuring hard-wearing polycarbonate shells and scratch-resistant color, the Nokia 150 phones are built to last.

Other features include a VGA camera with LED flash, MicroSD card support up to 32GB, and Bluetooth. The phones will come in two colors - black and white, for a price of only $26 (before taxes).

The phones will become available globally in selected markets - rolling out first in Europe, parts of Asia, the Middle East and Africa, in Q1 2017.