Capcom's horrifying cannibal-laden Resident Evil 7: Biohazard will take up to 16 hours to beat, 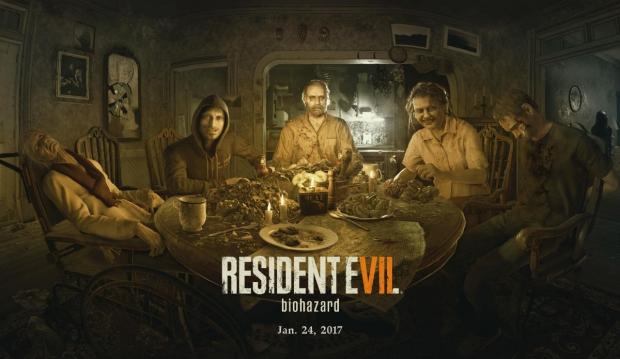 With Resident Evil 7, Capcom is returning to their roots of pure horror. The game will be startling and ultra-creepy with unsettling atmospherics from P.T., but it will also be an "ideal image" reflection of the beloved first chapter of the landmark horror series.

Since Resident Evil 7 is one of the first games to have full PlayStation VR support, gamers were worried about its actual length. But Spanish games site HobbyConsolas reveals that Resident Evil 7 will have between 14 and 16 hours of actual gameplay--more depending on how you solve specific puzzles and unearth collectibles.

"It almost feels like this time around we were able to achieve the ideal image of what Resident Evil 1 could be," game director Koshi Nakanishi told Eurogamer in a recent interview.

"Given that you have all these photo-realistic environments and you're able to traverse through them with a first-person perspective, having that level of immersion, with all the latest technology, it was kind of cool to be able to be like, here's that very, very original concept from the very beginning, and we're able to take that vision and really apply".

Resident Evil 7 releases on January 24, 2017 on PS4, Xbox One, PSVR, PS4 Pro, Xbox One S and PC. Check below for a few creepy and haunting trailers of the game in action.