After the mindblowing sale of Overwatch during Black Friday, Blizzard announced today's patch that they are going to put a new control map on PTR along with changes to Symmetra and Zarya. 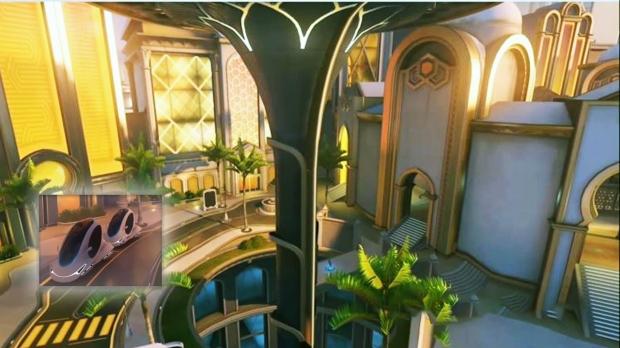 The new control map, named Oasis, is based in the Arabic deserts. According to the patch description, it's one of the most sophisticated cities in the world of Overwatch. " A monument to human ingenuity and invention, researchers and academics from around the region came together to found a city dedicated to scientific progress without restraints. The city and its inhabitants are governed by the Ministries, a collection of brilliant minds who possess many secrets that have attracted the interest of powerful organizations from around the world." ,the post added

Oasis looks like a map with a blend of arabic culture and a futuristic decor with a busy traffic road beside it. Be careful players as getting hit by one of those cars can result in your death as this Lucio player finds out at the 0:38 mark. This map also features jump pads to help players avoid the dangerous driving of the local population.

Blizzard also added some welcoming change to how Symmetra is going to be played. It's an overall buff to the character, changing the photon shield ability with a photon barrier and a decrease in health for her teleporter. The rest of her change can be found in the image below. 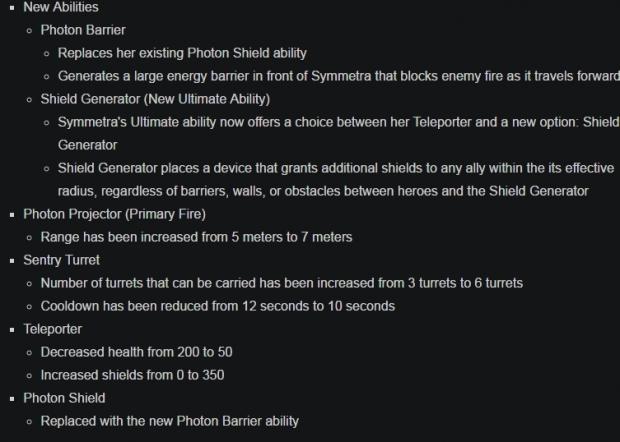 The developers commented on Symmetra changes was necessary to fix two main issues when players picked her: "she didn't feel active enough, and she often felt weak in certain situations on different maps and game modes, due to her Teleporter."

They continued : "To address the first point, we removed her more passive Photon Shield ability, and replaced it with a much more active ability: Photon Barrier. Now, Symmetra can help lead the charge on offense or help shut down a big push on defense by actively blocking damage for your team."

"For the second point, we noticed players would often switch off of her when they felt like her Teleporter wasn't as useful. For example, when playing her on defense on an Assault map, players often only used her to defend the first capture point, then quickly changed if that point fell. To help her feel more useful in more situations, we've given her an alternate to her Teleporter. The Shield Generator is just as important for the enemy to deal with, but is useful in more situations than her Teleporter.", they added.

They finished by saying: "The turret changes allow her to rebuild her turret nests faster. Even if all her turrets are wiped out, it's now easier for players to build them all back up before the next push. The last change increases the range on her Arc Welder to make it easier for her to build up and keep a powerful charge on her weapon."

Zarya also enjoy a small fix for her particle barrier/ projected barrier as "attacks that deal damage to both a barrier and the target of a barrier (such as Reinhardt's Fire Strike, Hanzo's Dragonstrike, etc.), no longer deal damage to the barrier twice".

A number of other small things have been added too like the famous "Boop" is added to the unlockable lines of Sombra, players can select 1v1 Mystery Duel and 3v3 Elimination in the Custom Game menu and a "Stay as Team" feature that allow players to stay group with the same teammates after the end of the match.

If you want more details, you can read the patch notes here. Let us know what do you think of the changes in the comment section down below.