To celebrate this week's release of 'Kubo and the Two Strings' on Blu-ray and DVD, we have 10 Blu-ray prizes to give away thanks to our friends at Universal Sony Home Entertainment. Nine winners will all take hom a Blu-ray copy of the film, and a very lucky reader will take home a Blu-ray and a money-can't-buy limited edition Kubo figure, which is limited to just 2000 worldwide! 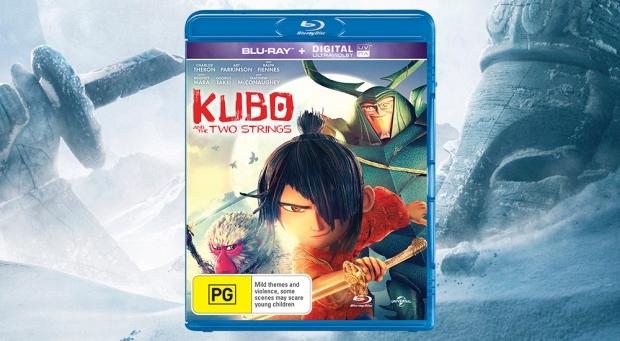 Be Bold. Be Brave. Be Epic. Now on the run, Kubo joins forces with Monkey (Academy Award winner Charlize Theron) and Beetle (Academy Award winner Matthew McConaughey), and sets out on a thrilling quest to save his family and solve the mystery of his fallen father, the greatest samurai warrior the world has ever known. With the help of his shamisen - a magical musical instrument - Kubo must battle gods and monsters, including the vengeful Moon King (Academy Award nominee Ralph Fiennes) and the evil twin Sisters (Academy Award nominee Rooney Mara) to unlock the secret of his legacy, reunite his family and fulfill his heroic destiny.

Director Travis Knight's father is known as the co-founder of which company?

'Kubo and the Two Strings' is available on 3D Blu-ray, Blu-ray, DVD and digital at leading Australian retailers from November 30.