New data released today by the ITU, the UN specialized agency for information and communication technology (ICT), show that almost half of the world's population will use the Internet by the end of this year. However, 3.9 billion people remain cut-off from the vast resources available on the Internet, despite falling prices for ICT services. 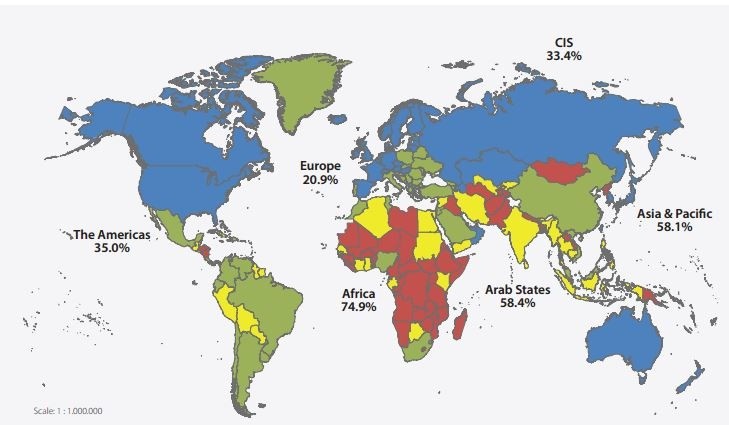 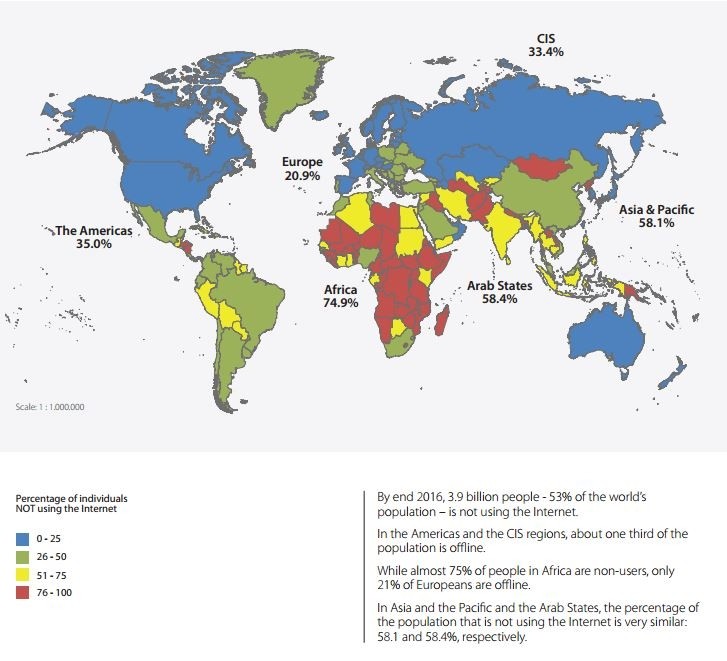 By the end of 2016, more than half of the world's population - 3.9 billion people - will not yet be using the Internet. While almost one billion households in the world now have Internet access (of which 230 million are in China, 60 million in India and 20 million in the world's 48 Least Developed Countries), figures for household access reveal the extent of the digital divide, with 84% of households connected in Europe, compared with 15.4% in the African region.