Marvel's forthcoming The Defenders TV series will be shorter than you might've expected. Whereas previous Marvel shows on Netflix have offered 13 episodes each, this one will offer eight. 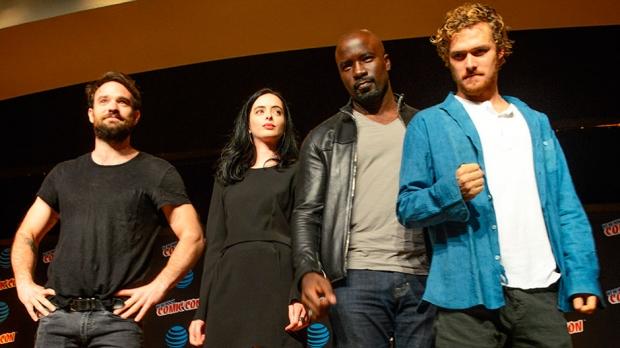 The likely theory is because each superhero -- Daredevil, Jessica Jones, Luke Cage, and Iron Fist -- have their own shows, only so much time can be dedicated to featuring them in additional episodes. Another is that the material simply amounted to eight episodes and that's that. In either case, it's fair to assume fewer episodes and more superheroes will mean a more action-packed show.

The Defenders will debut on Netflix sometime next year. S.J. Clarkson (Jessica Jones, Vinyl, Orange is the New Black) will direct the first two episodes and serve as executive producer for the premiere episode.