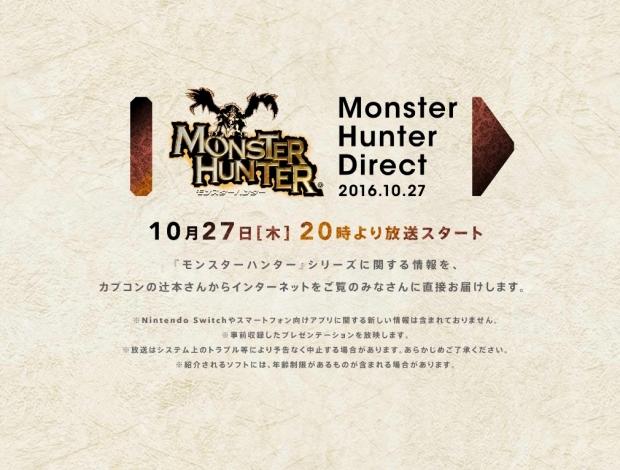 October is traditionally a big month for Nintendo Direct announcements, and many gamers were hoping for a blowout of Nintendo Switch info. Instead of full Switch specs, pricing, and launch games, Nintendo has dedicated the upcoming showcase to Monster Hunter, which might mean we're getting a brand new sequel.

Considering all of the Monster Hunter games are currently available in Japan, the consensus is that Nintendo could unveil Monster Hunter 5 and then stealthily add it to the Switch's launch lineup.

The Japanese console-maker has already confirmed that no more Switch info will drop until 2017, so don't expect the Direct to say anything about a new Monster Hunter Switch port.

The Monster Hunter-themed Nintendo Direct will drop this Thursday, October 27 at 7am EST / 10am PST.