Love roguelites and/or board games? Always wanted to see a Final Fantasy Tactics game with Vikings? Enjoy a bout of Chess here and there? You'll want to check out Iron Tides, an interesting looking indie that wraps up all of these themes and more.

Iron Tides is a promising looking indie that features a nice mashup of traditional game mechanics including roguelike, survival, and turn-based tactical strategy.

The indie has a Norse theme, and revolves around players exploring an endless sea in search of plunder, battles, and, of course, resources like food to survive. The combat looks pretty interesting and borrows from Final Fantasy Tactics' grid turn-based fighting system, as well as a unique character upgrade system with randomly generated class customizations. 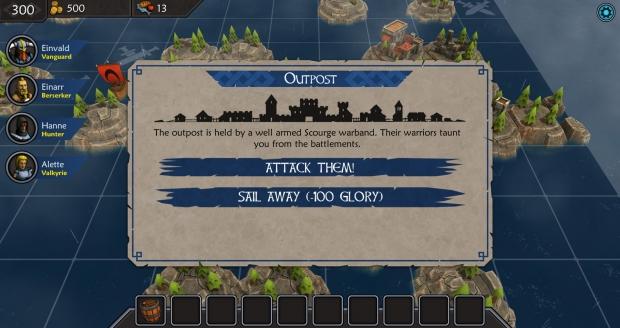 Iron Tides has a Kickstarter campaign, so if you like what you see, check it out--you can also try out the game via a pre-release demo.

"Throughout your adventure into the seas, you will be tested in tactical thinking and strategy. The Iron Tides is a survival game designed to challenge your mind. You will be launched into a randomly-generated sea with limited item capacity. Some of your vikings will die -- but is your job to make sure they live to sing the tale of Norhaven's hero," reads Crash Wave Games' description of Iron Tides.