You may have noticed recently the lack of a 'Gaming Evolved' check box in the AMD driver installation window. As it turns out, the company has discontinued the app, so if you want to record or stream gameplay, you'll have to look externally to Plays.tv, OBS Studio, and so on. 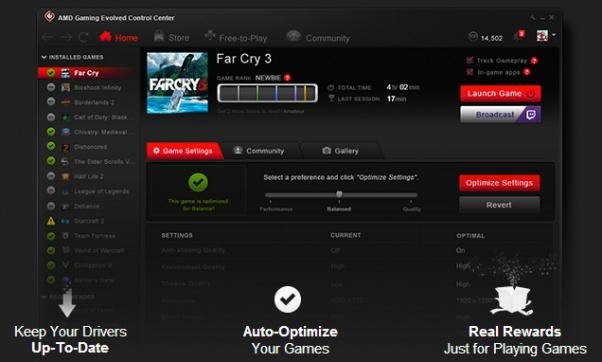 "Starting September 12, 2016, AMD is no longer bundling the AMD Gaming Evolved App by Raptr with builds of Radeon Software," reads the official statement. "The application will still work. AMD will cease to undertake any compatibility testing, install support or general technical support for this application, nor will it be available through Radeon Software or its installer. Previous builds of Radeon Software that include the AMD Gaming Evolved App dated before September 12th 2016 will remain intact and will not be affected."

The news isn't too surprising as most found the app clunky and inefficient, particularly in comparison to competitor GeForce Experience. One hopes then AMD is hard at work on a proper, internal solution.