First we had the Xbox One, then the PlayStation 4 Pro. Now if rumors are to be believed, the NX could be called the Nintendo Duo. 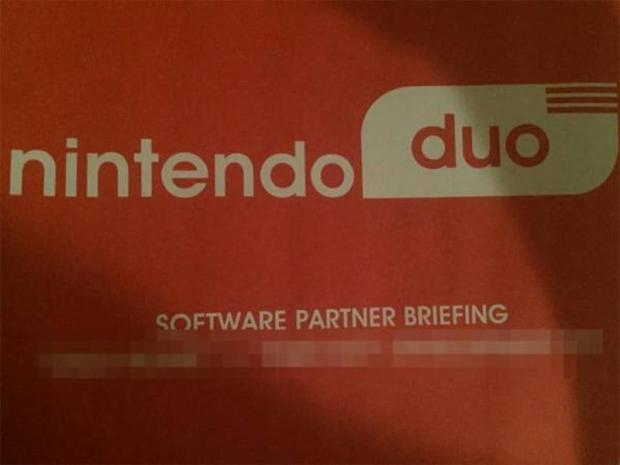 Nintendo Duo. That might be the name of Nintendo's new NX handheld-console hybrid. At least if a purported "leaked" document can be believed, but there's also a huge change it's fake. Based on past evidence and postulations, this isn't a bad name; I posited how Nintendo would unify handheld and console gaming.

The way I see it, the NDuo is made up of two components: a handheld module, and a console module (hence the duo). As far as games, we have reason to believe the NDuo's games, which come on cartridges, could be swapped interchangably between the two bits of hardware. The hardware itself would be unified under a single platform, but the handheld would play a handheld-specific version of the game, whereas the console would play the full version of the game.

So take Legend of Zelda: Breath of the Wild, for instance; on the handheld, the BotW cartridge would be like any 3DS game that's optimized for mobile handhelds. It likely wouldn't be the full console version adapted into a handheld, but a smaller chunk of gameplay designed for mobiles.

Basically the way I see it, the NX games will have two halves: a handheld version, and a console version, all on the same cart. The two versions would seamlessly interact and sync with one another, too, melding the functionality of a companion app with a fully-fledged 3DS game.

So here's how it'd work: you pop in a cart on the Nintendo Duo's console version and play in a traditional living room environment. Once you go out, you can take the same cartridge and pop it into the NX's handheld portion and play on the go, like a 3DS.

You play your game on the go, level up, find items, etc and then when you get home, you can pop the game back into your console and pick up back where you left off, all while having the items and content you earned from the mobile portion transferred to your main base console version.

The key here is that the games wouldn't be like a 3DS--they'd be different, and the NX's handheld wouldn't play 3DS games since Nintendo isn't keen on killing off the mega-popular handheld. The Nintendo Duo's handheld would naturally live alongside of the 3DS in an ecosystem. 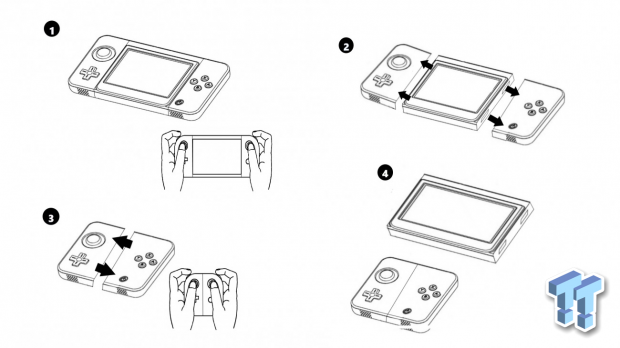 The console-and-handheld combo directly clashes with earlier reports that the NX would be a transforming handheld hybrid, but we have reason to believe it's a duo instead of a singular-driven system. Pokemon Company CEO Tsunekazu Ishihara heavily hinted that the Nintendo's new hardware would be a combo.

"The NX is trying to change the concept of what it means to be a home console device or a hand-held device. We will make games for the NX," Ishihara said in an interview with Wall Street Journal's Takashi Mochizuki.

There have also been reports that clash with our projections that an NVIDIA Tegra will power the NX.

These reports claim AMD will develop the hardware for the home console portion, or "HC," and DMP will tap its new M3000 SoC to power the NX's handheld, or "HH". DMP made the SoC that powers the 3DS, and its new M3000 chip is a new modern flavor that features high-end specs.

Nintendo is expected to announce the NX sometime this month, possibly on October 21 during the company's scheduled investor's meeting.

The NX--or Nintendo Duo, as it may be called--will launch in March 2017. Check below for a huge list of everything we know about the console-handheld hybrid so far, but remember that a bulk of it is based on unverified rumors.