Cloud Imperium Games announced Squadron 42's delay during last night's Citizencon livestream, saying the campaign is no longer on for 2016. Star Citizen dev Chris Roberts affirmed that "most of the base technology is now complete," but the team needs time to optimize GPU and CPU implementation, shore up the game's objective-based NPC AI, and fix object container streaming.

Seeing as the studio has yet to fully polish and optimize a single level of the 28 mission campaign for release, it's easy to see why the entire Squadron 42 campaign has been delayed. The team is currently trying to finalize one mission to pristine polish and then show it off to the community. 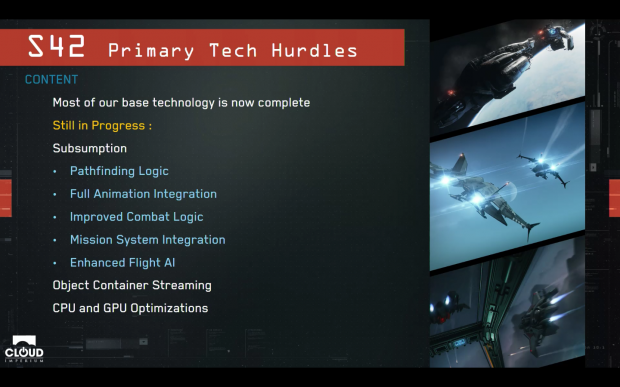 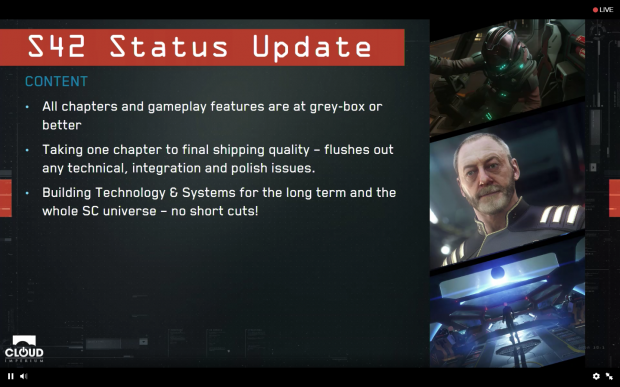