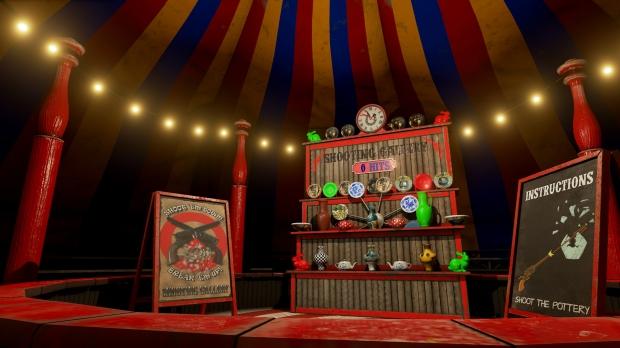 More than 100,000 gamers have downloaded VR Funhouse since its release in July, and now, with the support for Oculus Touch, more developers and gamers can join in the fun.

I tried VR Funhouse at this year's Computex in Taiwan, using the HTC Vive, and loved it. You get to bounce around between mini games, like archery and Whack A Gnome, in a virtual carnival. It reminded me of the Darkmoon Faire in World of Warcraft. Of course, emerging into virtual reality is a totally different experience, and after testing many games in VR, I have to say that VR Funhouse is one of the most addictive games I tried.

Oculus Touch will be available on December 6th and will cost $199, with pre-orders starting on October 10th. If you plan on buying Oculus Touch or have HTC Vive, download VR Funhouse, it's free and very amusing.