Google has finally made its Chromecast Ultra official, with the new 4K-capable Chromecast priced at just $69 - with massive improvements across the board. 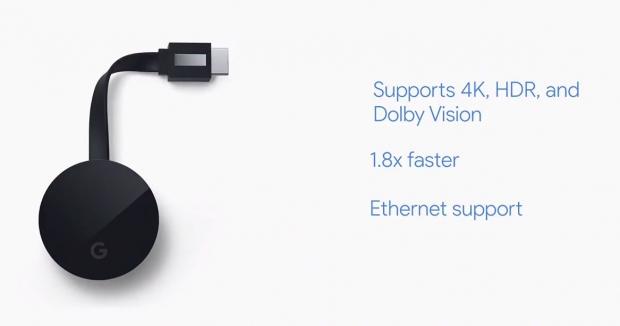 First off, the new Chromecast Ultra supports 4K output, packs a huge 1.8x performance improvements over its predecessor, supports HDR output, Dolby Vision and even rocks a damn Ethernet jack. Google has thought of everything with Chromecast Ultra, promising "major Wi-Fi improvements" that will have videos and content loading faster than ever before on Chromecast Ultra.

Google will have Chromecast Ultra available in November, priced at $69.