DICE is taking a different approach with Battlefield 1's singleplayer campaign in order to tell "many different war stories."

Instead of following the traditional campaign formula with the same protagonists following a linear course, Battlefield 1's six-chapter campaign is now called War Stories, and will be a kind of shifting anthology with each chapter letting players experience the Great War through the eyes of a different nation.

Some time ago EA announced that Battlefield 1's storyline would be multi-perspective and be flavored with real-life historical figures (Lawrence of Arabia, the Harlem Hellfighters, etc), so this news isn't exactly a surprise. We have evidence that Battlefield 1's War Stories singleplayer campaign might only be six chapters at launch, but we could see more chapters added via DLC packs. We're also not sure if the chapters themselves will be comprised of smaller missions, or of it's a one-off style episode.

Read Also: Battlefield 1's campaign will 'delve into the unknowns of WW1'

If you still don't understand what we mean by anthology series, think of it in terms of how each episode of shows like Tales From the Crypt or Twilight Zone have new stories and different characters. Battlefield 1's War Stories missions will all be tied together by the Great War, but each level/mission/episode will feature a new story, nation, and characters. 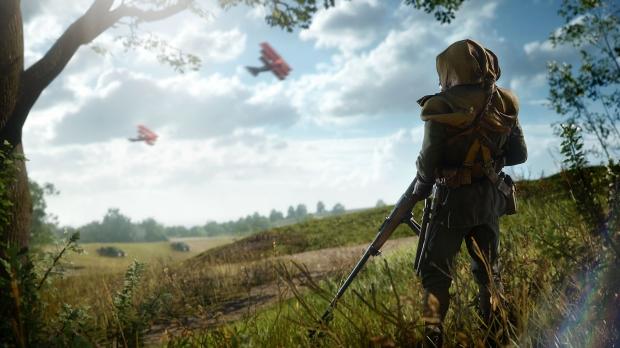 In Battlefield 1 you'll experience a series of what we call War Stories: personal stories focusing on different protagonists with unique backgrounds and skills. While our characters are at war, the stories in Battlefield 1 are personal. They're about people rather than history or battles.

The Great War is diverse. We knew we wanted to embrace that variety. There were so many different perspectives and characters in World War 1 and we wanted to cover as much ground as possible.

This made us reconsider the format of what we'd offer in Battlefield 1 single player. We felt that to have one character hopping through those different settings wouldn't be as immersive or totally respectful to the setting. So we decided on an anthology format; a set of characters with their own more focused stories. That way we can have immersion and variety - a double win.

One example is the War Story Through Mud and Blood. It takes place late in the war and centers on a British Mark V Tank crew. The story focuses on a young soldier assigned to the crew as the tank's driver. However, our protagonist has no experience of these modern war vehicles and need to learn - and learn fast. Our hero is also struggling with earning the trust of his fellow crew members, so there's a social dynamic in the story, making the whole thing something personal. Danny Edwards, our driver character, is not an ace sniper. He's not a crack pilot. He's not a demo expert. He's a former chauffeur - a volunteer new to the war. He can drive and he can fix things. That's where we start.

In previous Battlefield iterations we've experienced the story through the eyes of one main character, and it was very rare that the camera cut anywhere. But in Battlefield 1 we decided we wanted stronger characters instead of just telling players "you are the character". One way to do this was to invoke classic cinematics that lets you see your character more than in first-person-theater. We wanted the player to see and feel what the characters are going through, rather than just experiencing it from behind their eyes. That has really payed off for us not just in storytelling ability, but in emotional engagement.

One key inspiration for single player has been how people think, act, and play in Battlefield 1 multiplayer. Playing Battlefield games, you usually have an objective, a loadout, and a plan. That plan often comes apart as you're realizing it, and then you have to improvise to make do based on the enemies and vehicles you might be facing.

We're embracing systemic gameplay and the freedom that makes Battlefield the high-agency game that it is.

For instance, in the aforementioned Through Mud and Blood there is a part we call The Fog of War. Here you suddenly find yourself in a misty forest. Due to the low visibility you're moving ahead of your tank on foot, clearing camps of enemies. If you like, you can use explosives to blow up the enemies' anti-tank weapons, or you can sneak up and do melee attacks.

Eventually you'll come across a relatively large base with field guns you can either destroy to protect your tank - or use against the enemies. You'll also have the option of taking out an enemy tank crew, which suddenly gives you access to an enemy vehicle that you can seize for the encounter. This is all designed to encourage players to play it their way - just like in multiplayer.

You'll also get to know real-life historical figures playing Battlefield 1 single player. A romantic and somewhat controversial character, Lawrence of Arabia is a name many recognize. Right up there with The Red Baron, Lawrence is one of the most iconic World War 1 names and I hope players will find it fascinating to spend time with this character.

Facing off with a technically superior enemy, Lawrence is put in a true underdog situation in Battlefield 1. The Ottoman Empire has a giant armored train called The Canavar - or "beast" in Turkish - equipped with a huge artillery piece that can strike from miles away. The Empire's devastating artillery engages rebel forces - who are wielding rifles from horseback.

In Battlefield 1, you play an Arab rebel that is depicted as Lawrence's right hand. This character needs to use her resourceful playstyle to scout out enemy encampments, liberate the equipment needed, and draw the armored train out to a final confrontation. Play it loud, quiet, long-range, close-up, on your horse, or in an appropriate vehicle - it's up to you.

To sum up, there are many different war stories for you to experience in the single player of Battlefield 1. We hope you'll enjoy them all when Battlefield 1 launches on October 21.

Battlefield 1 is set to release on October 21, 2016 on PC, PS4, and Xbox One. It'll release first on Xbox One's EA Access and PC's Origin Access. 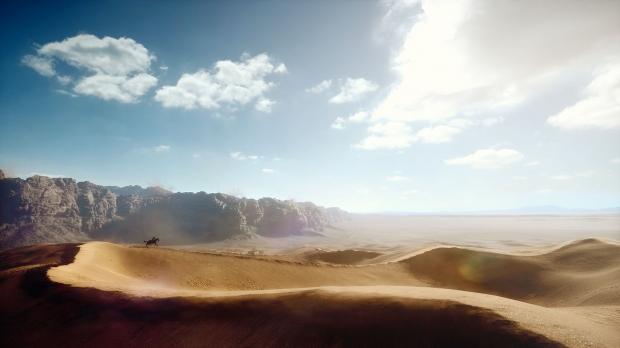