Samsung SSD Summit 2016 - Samsung is hitting some major home runs at its SSD Summit 2016, with our storage god Jon Coulter on the ground sending us back some golden nuggets of storage news - like the new PM1725a, which is a beast NVMe-based SSD. 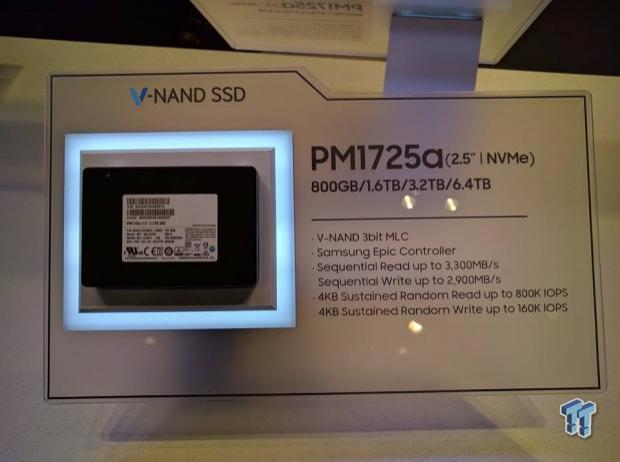 Samsung's new PM1725a arrives in the 2.5-inch form factor, based on NVMe and uses V-NAND 3bit MLC alongside Samsung's new Epic controller. The PM1725a comes in 800GB/1.6TB/3.2TB/6.4TB capacities, with some pretty impressive read/write speeds of up to 3.3GB/sec and 2.9GB/sec, respectively. 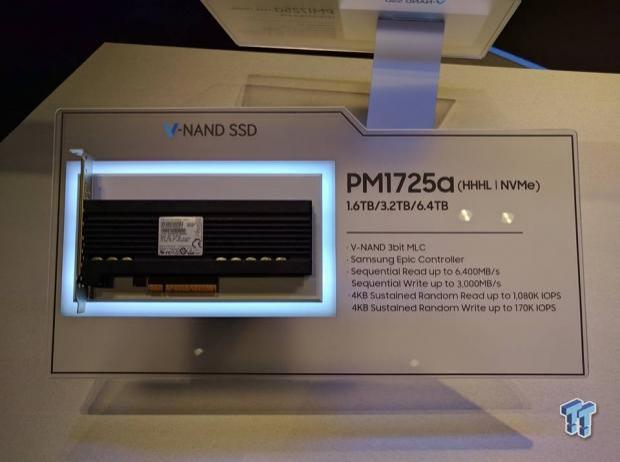 It also arrives in an HHHL version, using a PCIe x8 slot, with the read/write speeds scaling up to an insane 6.4GB/sec and 3GB/sec, respectively.

The new PM1725a isn't going to be your next gaming SSD, as it's an enterprise-class drive for 24/7/365 operation in high-performance, and low latency environments. Samsung's epic enterprise PM1725a uses just 23W during active periods, and only 7.7W when idle. It weighs only 190g, and will roll out to enterprise machines later this year.