Battlefield just keeps bigger and bigger. Once the distant cousin Call of Duty forgot it had, the series appears to stepping into the limelight finally, as evidenced by newly released numbers for the recent open beta. 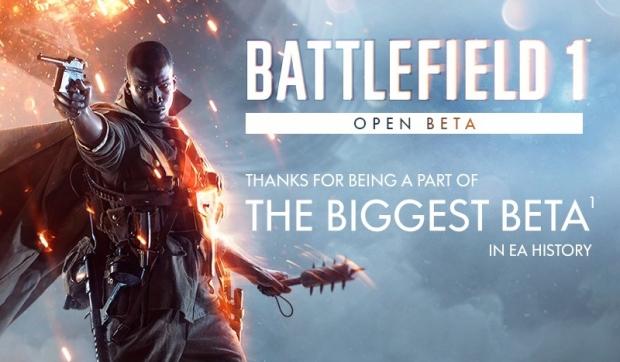 Developer DICE says the game was played by a stunning 13.2 million total players, making it the biggest beta in series history. Funnily enough, that's also double the amount of forces of the British and Ottoman empires in the Middle East during World War I (when the game takes place).

The resounding success one might say is due in part to a natural franchise growth over time but also the rare setting and DICE's unique take on it.