Horizon Zero Dawn is one of the most anticipated games for the PlayStation, with Guerrilla Games putting their all into the game, coming in off of the Killzone franchise.

The new PlayStation 4 Pro was used for the upcoming third-person shooter, Horizon Zero Dawn running at 4K on Sony's latest console. The game looks much better on the PS4 Pro than it did in its earlier form on the PS4, which looked like a jagged mess at 720p or so. The new 1080p60 video is a great display of the new minimum we should see from AAA games on the PS4 Pro. 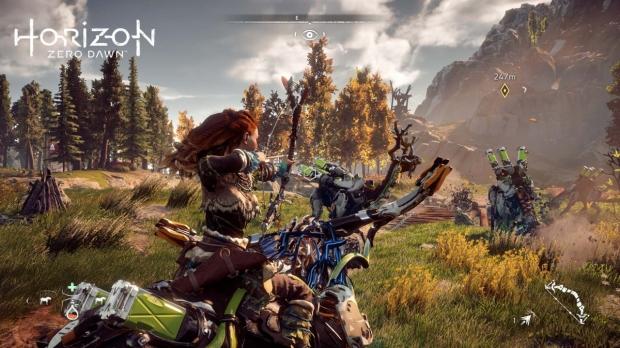