Every PlayStation VR headset comes with a demo disc with a sampling of eight virtual reality "games". 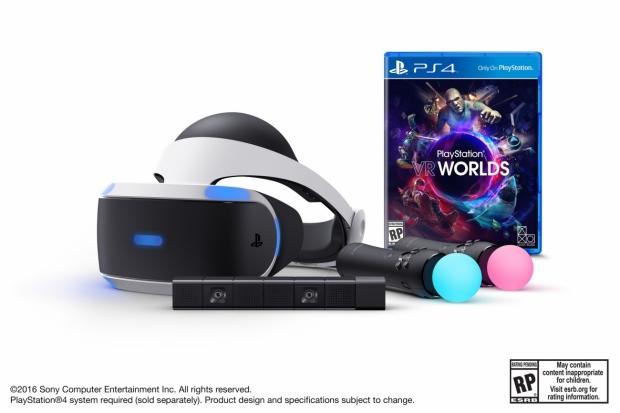 We already knew that Sony's PlayStation VR headset comes bundled with a demo disc, but up until now we weren't sure exactly what the disc contained. As it turns out the included demo disc is beefy in its selection, containing a free copy of the PlayStation Worlds "game" as well as snippets from upcoming PSVR games like DriveClub VR, Battlezone, and EVE: Valkyrie.

Remember that the full PlayStation VR games will be "passive, simple experiences", so don't expect very much from the demos as the actual full games won't be very big--certainly not anything like what we're used to. Resident Evil 7 is practically one of the only full PSVR games available. Oh, PSVR games will cost anywhere from $10 to $60, and that's on top of the minimum $399 price of the headset--not including the ~$300 PlayStation 4 console needed to power everything. Sony also plans to release more than 100 PSVR games through the headset's lifecycle.

Sony will sell two different PlayStation VR bundles when the headset launches on October 13: a $399 headset-only version that doesn't come with the required PlayStation Camera and PS Move controllers; and a comprehensive $500 package that comes with the headset and everything you need...well, except for the console of course.