Injustice: Gods Amongst Us landed on game store shelves in 2013 for the Xbox 360, PlayStation 3, 4 and Wii U. Developers NetherRealm in conjunction with Warner Bros. Interactive announced Injustice 2 would hit the stores in 2017 for the Xbox One and PlayStation 4.

Injustice 2 will include new characters such as Deadshot, Blue Beetle, Supergirl, Red Lantern Atrocitus and Gorilla Grodd with the added features of new costumes and suits for characters such as Harley Quinn. Quinn recently made her debut in the DCEU in Suicide Squad, giving a new look from the standard red and black leotard that is portrayed in comics and games such as Batman: Arkham City and Origins. Original characters such as Superman, The Joker, Batman, Wonderwoman, Green Lantern, Cyborg and more are to return for Injustice 2, continuing with the already established storyline from Injustice: Gods Amongst Us.

The new trailer includes an official look at Harley Quinn and Deadshot, who were portrayed by Margot Robbie and Will Smith in Suicide Squad. 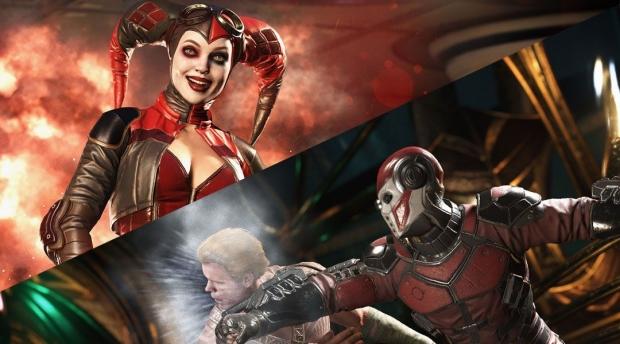