Pokemon GO is still ruling smartphones across the world, but because it wasn't released in Brazil just yet, some hackers attacked the CEO of Niantic, the developers behind the game. 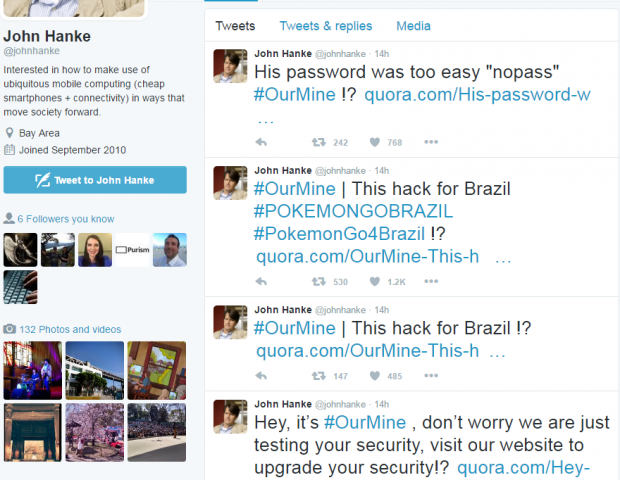 John Hanke, CEO of Niantic had his Twitter account compromised, with the hackers posting a bunch of tweets before the hack saying it was Brazil, because Pokemon GO wasn't released in the country yet. One of the hackers last tweets was that Hanke's password on Twitter was just "nopass", not the most secure password of a developer making millions of dollars per day through Pokemon GO.