With the HTC Vive and Oculus Rift now finally here, other companies are getting into the VR headset market, and now Chinese electronics giant Xiaomi is reportedly set to announce its own VR headset - on August 1. 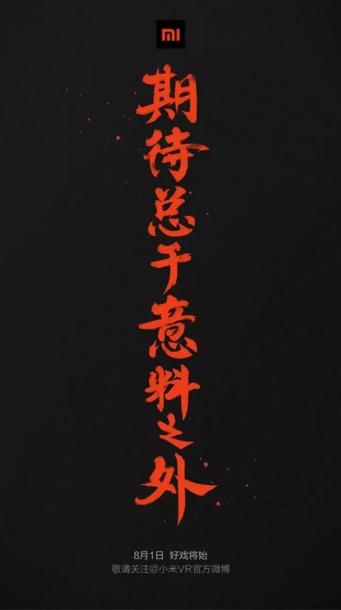 Xiaomi is reportedly launching with a lot of VR content so that you won't get bored of it easily, and we should expect a design that is similar to Samsung's Gear VR headset. It'll be interesting to see if it requires a Xiaomi smartphone, or it could be an exciting new standalone VR headset.