Deus Ex: Mankind Divided has gone gold, which means it is finished and will be sent out for manufacturing - at least for the physical copies of the game. 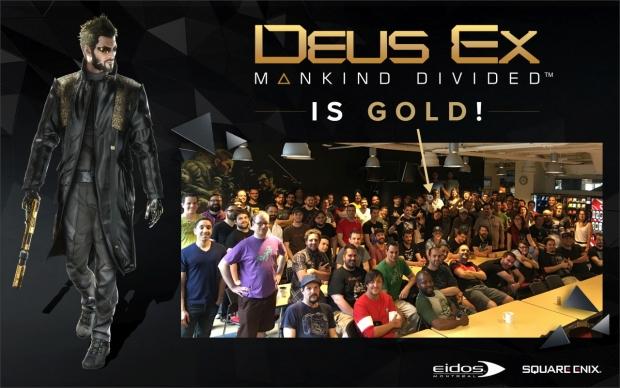 The news was announced through Tumblr of all places, but it has eventually gone further into the internet. Even though the announcement of the game going gold should've been handled way better, at least it's gold and finished and not delayed again. Now the question is, since it's now gold - how many changes will Eidos Montreal do to the game before it launches, as I'm sure we're going to see a day one patch.

Deus Ex: Mankind Divided will be released on August 24.