Sony has just revealed how much space you'll need to make before playing its PlayStation VR headset, and the results are pretty surprising. 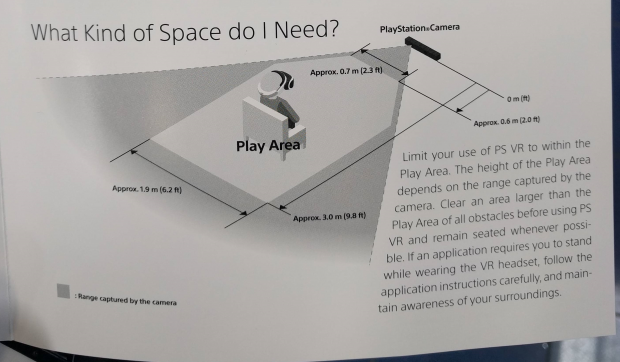 Although Sony wants you to remain seated while playing most PlayStation VR games, some games track movements. According to a new PSVR product pamphlet, the Sony's VR headset requires almost as much free space as the HTC Vive--even though the console-powered PSVR doesn't have full 360-degree room-scale tracking.

The PSVR's required play area dimensions call for 1.9m (6.2ft) of width and 3.0m (9.8ft) length, with the height being determined how high up you set the required PlayStation Camera. The HTC Vive's minimum room-scale play area calls for at least 2 m x 1.5 m (6 ft 6 in x 5 ft) of free space, with some games requiring even more room. The biggest difference is one of these VR headsets does room-scale VR and the other doesn't.

"Limit your use of PS VR to within the Play Area. The height of the Play Area depends on the range captured by the camera. Clear an area larger than the Play Area of all obstacles before using PS VR and remain seated whenever possible. If an application requires you to stand while wearing the VR headset, follow the application instructions carefully, and maintain awareness of your surroundings," reads the pamphlet. 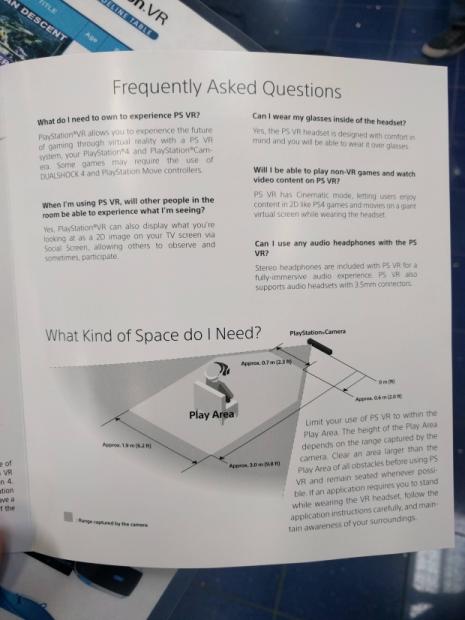 Remember that the HTC Vive has absolutely no space requirements for standing/sitting play, so I'm curious if the PSVR's required play area is specifically for movement-based VR games and not the stationary, seated experiences.

Although Sony's PSVR is actually capable of movement-tracking with the wireless PS Move controllers being registered by the PS Camera, don't expect room-scale experiences. Popular Science notes that the tracking is extremely limited and the play area is rather small.

"The PlayStation Camera sees your movement and allows you to walk throughout the field based on where you walk in real life. The catch: it's only in a tiny area. Taking three steps in any direction translated to traversing in the game. Though once the PlayStation Camera mounted in front of the television lost sight of me and the PS VR headset, and a dialogue box reminded me to go back in range," reads the article. 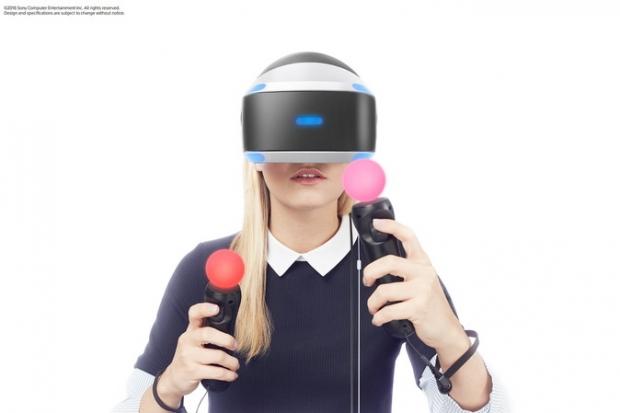 Honestly I'm surprised that the PSVR requires as much space as it does, but I wonder if the play area dimensions are only required for movement-based VR games and not sitting games. Remember that the PlayStation Camera tracks the PS4's DualShock 4 controller as well as the PS Move controllers, so this space could be required for seated play after all.

Sony's PSVR launches on October 13 in two different price points: the $399 headset-only SKU, and the $499 bundle that includes the required PS Camera and PS Move controllers.