When you hear the name Tesla you don't exactly think drag racing, but Autocar did, and so decided to pit the Tesla Model S P85D against supercar McLaren 650S. It's not exactly a fair fight: the latter is more than twice the price, and the Tesla has the advantage on the wet track, but nonetheless, it makes for a good watch.

As you can see, the Tesla puts up a good fight, proving it has more speed than it has any right to, or more than you might think it would, at least, thanks in part to its electric motor and extremely high 0-60 acceleration. The McLaren is no slouch either, boasting 641bhp, a lighter body, and launch control. 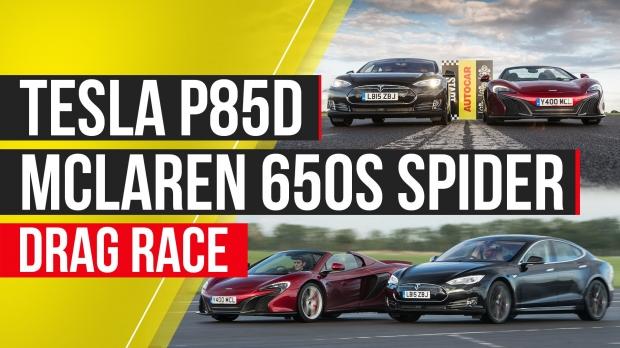