NVIDIA might have just launched its next-gen Titan X graphics card, but thinking into 2017 - what will NVIDIA do since it has so many high-end, enthusiast graphics cards out on its Pascal architecture? Volta, baby. 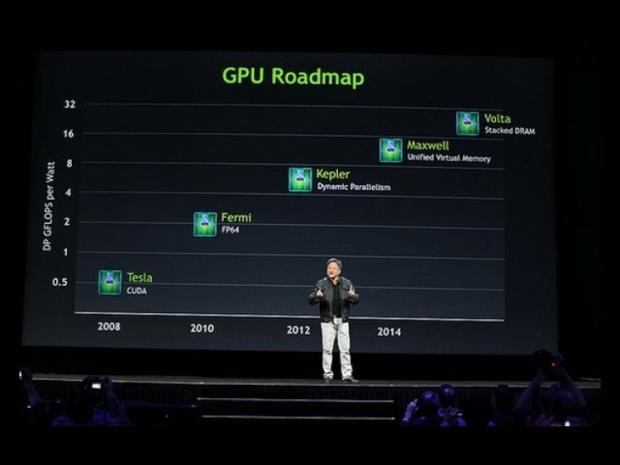 According to the latest rumors, NVIDIA will launch its Volta architecture in May 2017 at its own GPU Technology Conference that is being held May 8-11. NVIDIA's current roadmap has Volta ready for 2018, but the new rumors suggest NVIDIA is preparing Volta for a big unveil in the second half of 2017 - over six months ahead of schedule.

Volta was meant to arrive on the 10nm process, but according to Fudzilla, it will use the 16nm FinFET process - the same node that the new GeForce GTX 1080, GeForce GTX 1070 and GeForce GTX 1060 are all on. Volta will use stacked DRAM, so we should expect it to be quite the monster when it comes to performance. Fudzilla adds that the performance per watt is "expected to increase tremendously", which is exciting to hear.