The anticipated System Shock remake will be making the jump to consoles and PC, Nightdive Studios has just announced.

After successfully Kickstarting its System Shock remake, Nightdive has decided to bring the game to PS4 and Xbox One too. "After a few weeks and lotttts of emails, we are officially on track for bringing System Shock to the PS4 (and Xbox One)! No stretch goal for it. We're adding it in as a thank you to our backers that put their faith in us," said System Shock Project Director Jason Fader.

The studio announced the news in a new PlayStation Blog post, and the Kickstarter page was updated to list the Xbox One platform as well. Nightdive's Jason Fader further revealed the studio is bringing in tons of AAA talent, affirming that the System Shock remake would have the signature elements of the beloved PC original as well as new touches from Fallout New: Vegas and Planetside devs.

"Revisiting a game that has inspired other awesome games (such as Dead Space and BioShock) requires the right team for the job, so we've been ramping up our team with AAA talent from projects like Planetside, Fallout, and even the original System Shock. To help produce the best content possible, we've brought on several members of the Fallout: New Vegas team including myself, Chris Avellone, Jessica Johnson, Kevin Manning, and Dan Rubalcaba. Chris Avellone and I worked very closely on the New Vegas DLCs, especially the award-winning Old World Blues, where we explored a variety of scifi themes in the world of Fallout. We're bringing a lot of experience to the table and will make a System Shock game fans old and new will be sure to love."

Nightdive says that the System Shock remake will release on PS4 (and probably Xbox One by extension) on "early 2018," so there's a possibility we'll get a PlayStation Neo and Project Scorpio version of the game. 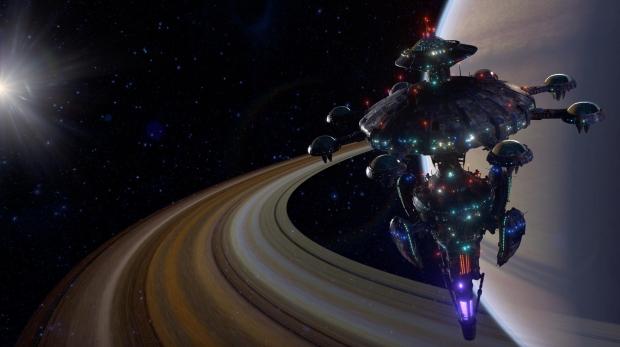