Nintendo is bringing back the old-school 1985 Nintendo Entertainment System in a new smaller NES Mini form factor with original games built-in, but there's more to the system that you need to know. 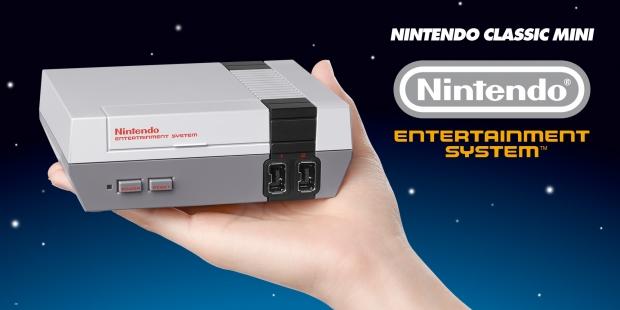 We already know that the Nintendo Entertainment System: NES Classic Edition (dubbed the NES Mini) costs $59.99, comes with 30 games baked-in, hooks up to HDTVs via HDMI, and launches on November 11. But most gamers might not realize that the NES Mini features no online capabilities, meaning it can't download new NES games via Nintendo's eShop.

This means the NES Mini's games library will remain static and a ton of classic titles won't be supported. Considering the NES has some 713 games in its library across North America and Europe, this leaves out a huge amount of games. This also means we can't connect the NES Mini to our Nintendo Accounts. Nintendo likely won't be making small tiny SD-card sized cartridges for extra NES Mini games--that'd be quite awesome.

"The console is a standalone device, so it cannot connect to the internet or any external storage devices. The 30 games included with the system were chosen to provide a wide variety of top-quality, long-lasting game-play experiences," Nintendo told Polygon. 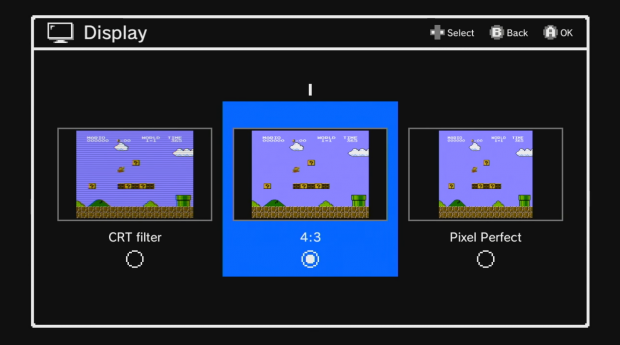 NES Mini has special display modes for 1080p HDTVs - One of the major downfalls of playing retro games on an HDTV is the graphics look terrible. Retro consoles were designed to be played on 4:3 CRT televisions, so the upscaled res on an 1080p TV transforms the graphics. The NES Mini has countered this with its own set of refreshed graphics settings.

The NES Mini has three different display modes: the authentic CRT retro mode, a 4:3 aspect ratio setting, and a Pixel Perfect setting that sharpens the colors and pixels to add some pizzazz to the games.

The console won't open - You can't stick anything in it, and it won't have future games on cartridges. The cute little box is fused shut. This is a huge missed opportunity in my opinion--who wouldn't want to see little SD card cartridges to slot into the system? 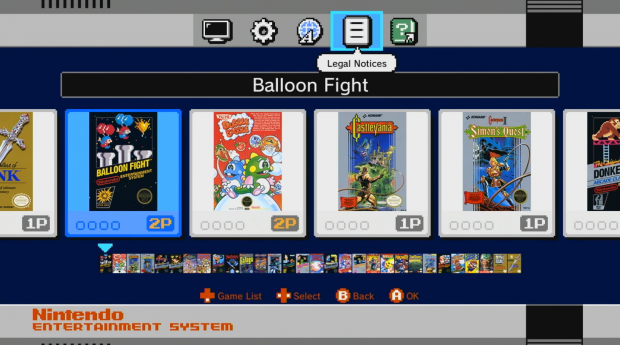 Save States - Besides the price tag, the best thing about the NES Mini is that it supports save states. Essentially you can expect the NES Mini's library to act just like NES emulation on existing Nintendo hardware. That means no having to keep the console on overnight to continue your progress in a game--luckily that arduous task of our childhood won't be necessary. So every game will have its own save states (usually three or so) to enable easy on-the-fly game saves.

How suspend points/save states work - To make a suspend point, you have to press the Reset button. Save states/suspend points can only be loaded via the console's main menu, and can't be loaded on-the-fly like Virtual Console games.

No expanded memory - Nintendo has confirmed to Polygon that the Mini NES won't have any form of expandable memory (this really goes back to the whole SD cards being mini cartridges thing...) 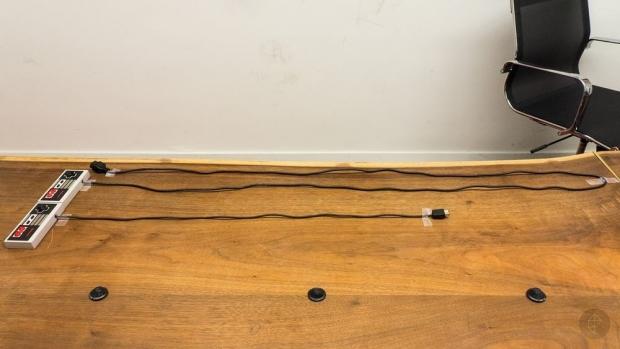 "The NES is back! But this isn't the same NES that you fondly remember. This new nostalgia-fueled system is a near-identical, mini replica of Nintendo's original home console and plugs directly into your high-definition TV using an included HDMI cable."

Swappable Controllers & 2-player Gaming - The NES Mini will come with "replica" NES Classic Controllers fashioned in the likeness of the original NES controllers, but we're not sure of these new controllers are the same size as the old ones from 1985. What's more is that the controller's cords could be a bit short, so let's hope Nintendo makes them long enough to extend across living rooms.

The NES Classic Controllers also have the added benefit of being able to hook up to a Wii controller, making them ready to play Virtual Console games on a Wii U or Wii console. 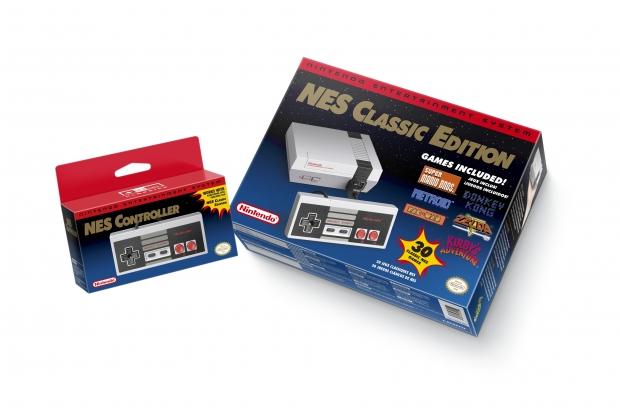 What's in the box? - The NES Mini comes with a mini console, an HDMI cable, an AC adapter and a single NES Classic Controller. How awesome would it be if the AC adapter was shrunken down in a stylized cute fashion just like the console?

Why Nintendo is making a retro NES - Why bring back the NES? Nintendo essentially wants to make retro gaming more accessible to everyday people; picking up each game on the NES Virtual Console isn't cost-effective, so the company thought it'd hit two birds with one stone: revitalize retro gaming by making it more accessible, and capturing everyone's hearts with a teensy little console.

"We wanted to give fans of all ages the opportunity to revisit Nintendo's original system and rediscover why they fell in love with Nintendo in the first place," said Nintendo of America President and COO Reggie Fils-Aime.

"The Nintendo Entertainment System: NES Classic Edition is ideal for anyone who remembers playing the NES, or who wants to pass on those nostalgic memories to the next generation of gamers." 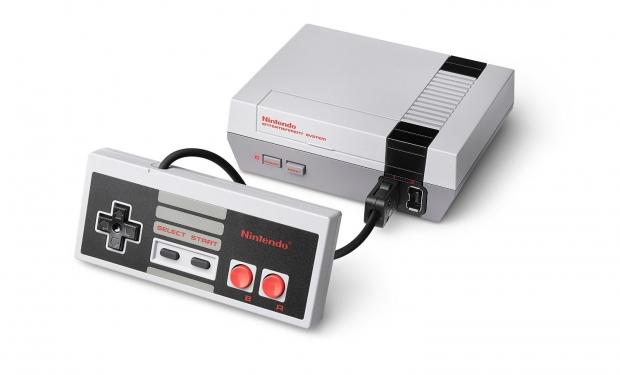 Could Nintendo make a SNES Mini, too? - As Cheesemeister3K notes, Nintendo's naming scheme for the NES Mini hints we could be getting a SNES mini and even a N64 mini in the future.

See, the console uses a distinct prefix that suggests there could be a "Nintendo Entertainment System: SNES Classic Edition" and even a "Nintendo Entertainment System: N64 Classic Edition" etc. I really think this will happen, and they'll all be huge hits in the gaming world. Nintendo is likely testing the waters with the NES Mini, and given the huge explosive demand and reaction, we'll likely see more of these types of mini retro systems.

The product name "Nintendo Classic Mini: Nintendo Entertainment System" leads me to believe there will be more than just #NES.

Given the huge demand that's surged just in the past few hours, this could be a huge disappointment to gamers. Nintendo hasn't revealed whether or not the system is indeed a limited collector's edition, but it's something to consider. So if you want one, be sure to buy it as soon as it goes on sale. 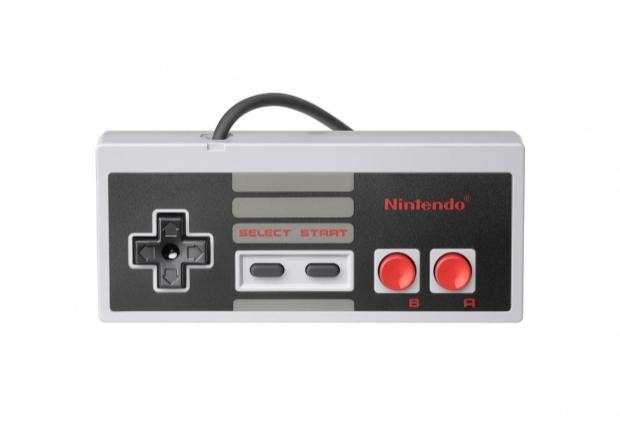 The games - Check below for a full list of the 30 included games with the NES Mini: