Modder Doug Keener has spliced two unlikely icons of pop culture: Doom and Seinfeld. His Seinfeld.wad mod sees Doomguy inside Jerry's apartment building, complete with the main cast (and Newman), all of which can be killed (when shot, they spout famous lines like, "Serenity now!").

Keener assures the mod is in no way hateful and that he loves the show.

"I am a massive fan of Seinfeld. The characters were put into the replica as a bonus to add to the tribute. The only reason they are killable is because I wanted to keep it in traditional Doom fashion, because what is doom without violence and death? This is in no way a hate video." 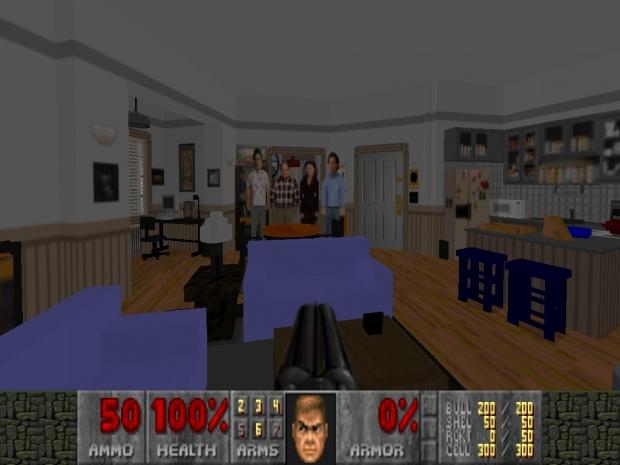 If you want to try out the mod for yourself, hit the source link below.