Due to current manufacturing limitations, all 4K UltraHD Blu-ray movies released thus far have been mastered to dual layered 66GB discs which has put limitations on video bitrates and the length of movies available - but that's about to come to an end. 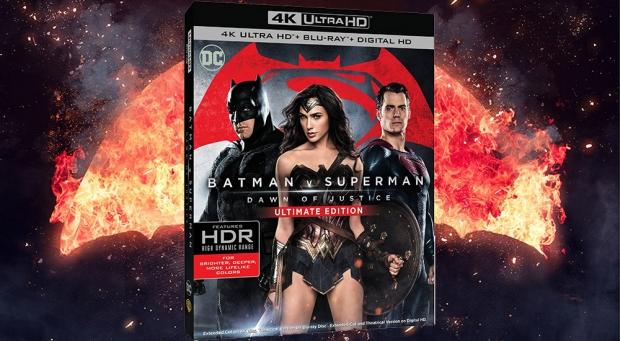 Warner Bros. is set to be the first mainstream manufacturer of larger capacity UltraHD Blu-ray discs, introducing the format for next month's release of 'Batman v Superman: Dawn of Justice'. The disc is set to feature the 3 hour 'ultimate cut', which the studio deemed too long to squeeze onto a 66GB disc. The triple layered format ensures optimum picture quality through more generous bitrates, and allows longer length movies to come to the format without sacrifice to quality. With the triple layered discs being part of the UltraHD Blu-ray specification since inception, no compatibility problems are expected.