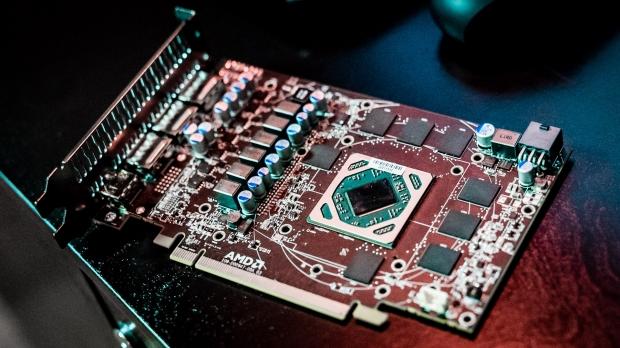 The Radeon RX 480 and RX 470 are shorter cards with a single PCIe power connector, and 4 x display outputs consisting of 3 x DP 1.3/1.4 HDR ports and a single HDMI 2.0 port. We're expecting 2304 stream processors on the RX 480, and both a 4GB version that will cost $199, and the 8GB version set at $229. All three of the Radeon RX series cards are based on the new Polaris architecture, baked onto the 14nm FinFET process from GlobalFoundries.