Computex 2016 - NVIDIA had some great demos on show at Computex 2016, with one of them being a VR multiplayer game from Insomniac Games called The Unspoken. The Unspoken allows you to conjure a fireball in your hand, and fling it over at your opponent - which I did to our VR Editor, Jason Evangelho.

Insomniac Games is working on two new Oculus Rift exclusive VR games, with Edge of Nowhere, and The Unspoken. Unspoken works with the unreleased Touch controllers, which were a joy to use at NVIDIA's VR Experience section at Computex 2016. Insomniac has managed to blend the worlds of the virtual, the magical, and the real-world with The Unspoken - as it was a huge amount of fun playing against Jason in the game.

I can't wait for The Unspoken to be released, but it not coming to the HTC Vive is a real downer, unfortunately. 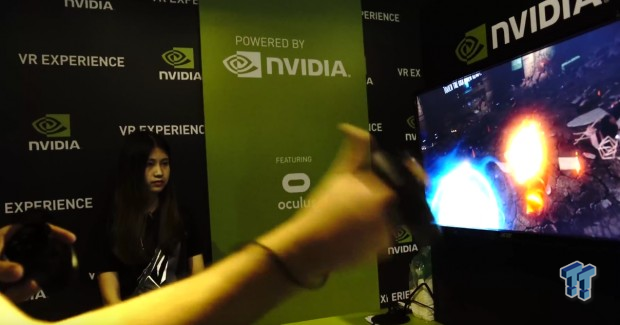