E3 2016 - Ubisoft showed off a pair of new For Honor trailers at their press conference, reminding us exactly how impressive the upcoming Dynasty Warriors-esque fighter really is.

For Honor's latest footage is absolutely spellbinding, showing us a world that's been entirely torn apart by an earth-shattering doom, plunging humanity into one thousand years of all-out war. In the game players can choose between three different factions--Samurai, Viking or Knight--each with their own unique campaigns and cultures.

The gameplay footage also showed us how the unique "Art of Battle" combat system works, a rather unique mechanic that somewhat mirrors NiOh. Players can switch their stances on-the-fly and string together combos, but overall the combat is more gritty and real rather than flashy--you'll feel every slam of your axe and every shield-bash from an enemy, making combat much more satisfying.

For Honor also sports full online co-op play with friends, opening the door to even more epic medieval-style chaos. I can see shades of Westeros and Middle-Earth in For Honor, with a tinge of Wheel of Time's Seanchan. While the combat looks a bit derivative from Dynasty Warriors from the start, it quickly defines itself with a rather brutal and realistic scheme. What's more is that Ubisoft plans to hold an open beta test soon, so be sure to sign up at the official website.

For Honor is slated to release on February 14, 2017 across PC, PS4 and Xbox One. Check out the cinematic trailer below! 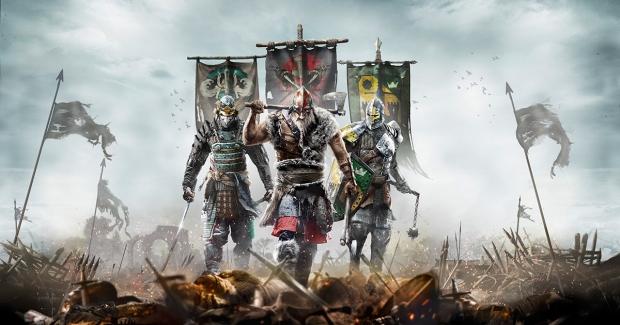