E3 2016 - Crackdown 3 was missing at Microsoft's E3 press conference, and the devs have announced that the sequel will miss its original 2016 release for a launch next year.

Crackdown 3's absence at E3 didn't go unnoticed--millions of fans were asking themselves where the open-world multiplayer exclusive went. Reagent Games today announced Crackdown 3 will hit in 2017 with full Play Anywhere cross-buy support on Xbox One and Windows 10 PCs. The devs explained the delay by saying that they need the extra time to "redefine what it feels like to play games."

"Crackdown 3 is a game built for the future with a multiplayer experience that will redefine what it feels like to play games, and as we continue to work on this, it has become clear that our original timeline of delivering multiplayer to fans this summer, while maintaining the size, scope and quality of the game, would be challenging. Our top priority is to give gamers an experience they have never seen before at a scale never thought possible, and sticking to our original timeline would have compromised that goal."

"We know that many are looking forward to becoming Agents in Crackdown 3 and we are committed to delivering the best experience in 2017. This decision was made with our fans and their gaming experience in mind."

So there you have it, folks: Crackdown 3 will drop in 2017 on Windows 10 PC and Xbox One with a whole new breed of multiplayer action. Also we're apparently getting some sort of Crackdown 3 beta in the future! 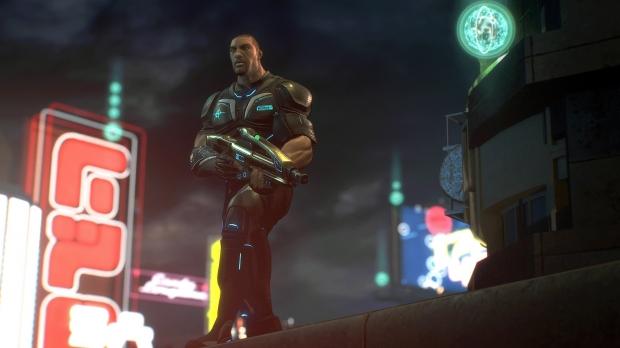