The EA Play E3 2016 press conference is almost live! Catch all the reveals and gameplay footage in our handy live stream.

EA is expected to reveal a huge smattering of games and gameplay including Battlefield 1, Mass Effect: Andromeda, Titanfall 2, Battlefront 2, new Star Wars games and BioWare's mysterious new IP. Catch all that action in the livestream above. 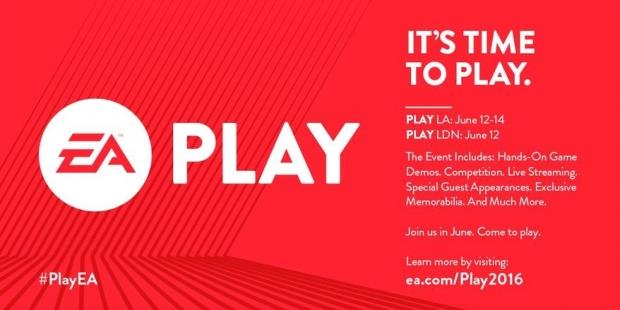