Computex 2016 - In Win showed off a trio of new monstrous enthusiast-grade 80 Plus Platinum 1065W power supplies in its Signature S-Series lineup. 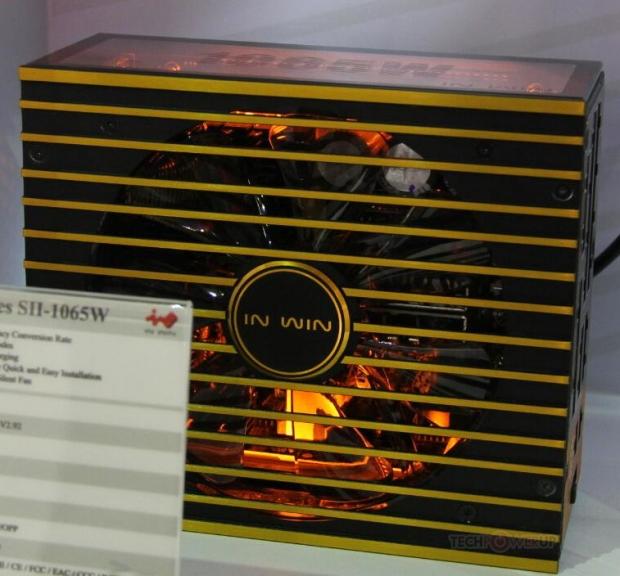 In Win's new triad of behemoth 80 Plus Platinum 1065W PSUs consist of the Signature-S Series SI, SII, and SIII, all of which sport the "industry's first" 165mm Silent Fan for optimum heat mitigation.The entire Signature-S series is fully modular, with up to 92% power efficiency and a mean time between failure rate of over 100,000 hours. The line also features "4 Timed Extra Power Modes" that allow users to pull in more juice at the expense of switching efficiency.

In Win's new PSUs all sport stylish grills over the 165mm Silent Fans, with the SI rocking a brushed red plate, the SII with a stylish gold grill, and the SIII with aluminum. Side windows show off the PSU's LED-lit capacitors.

Pricing and availability for In Win's Signature S-Series PSUs has yet to be announced. 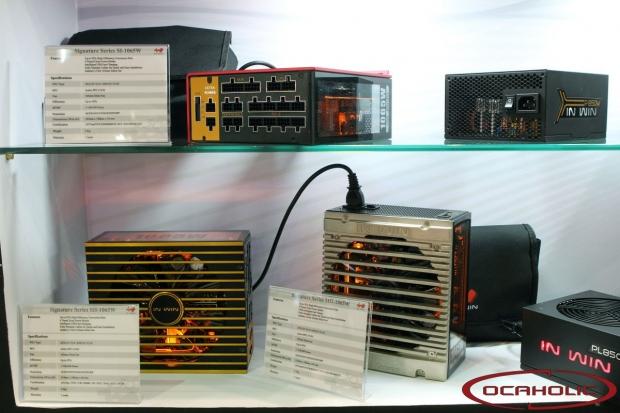 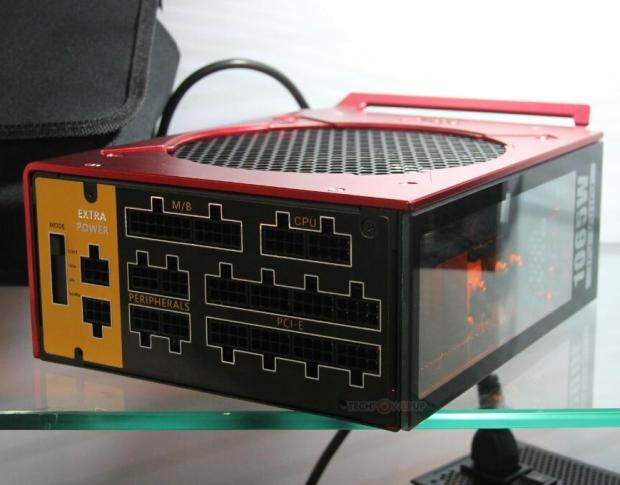 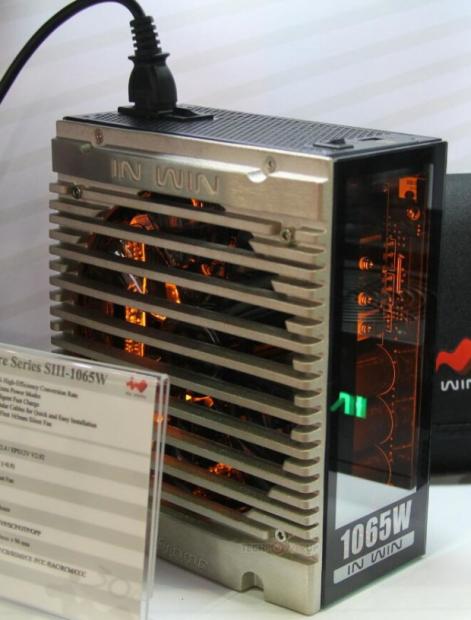 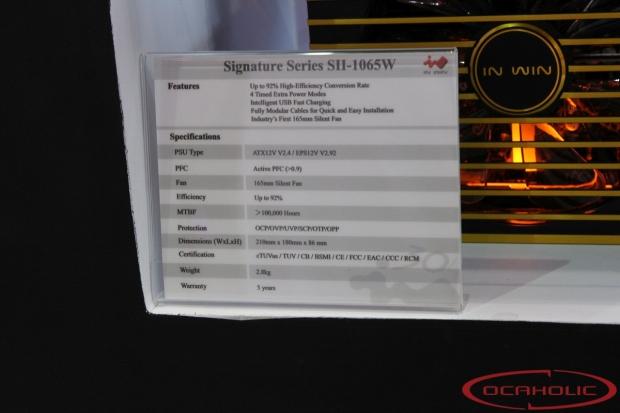