Computex 2016 - During our first day at Computex, we've spotted some seriously cool hardware, but one of our world exclusives is that Intel will be releasing their next-gen Skylake-E processors onto a new motherboard, with more pins than ever before. 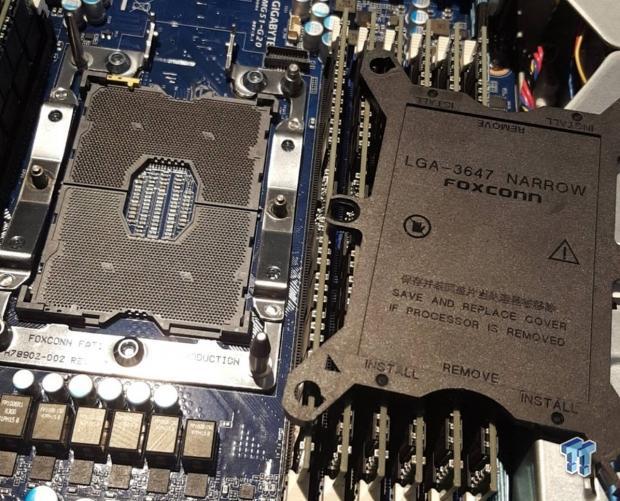 Right now the HEDT processors slot into an LGA 2011 motherboard, but the next-gen chips will be slotting into LGA 3647 socket. This is an interesting tidbit, as it means there'll be new motherboards next year when Skylake-E launches, with 1636 more pins. The socket itself is absolutely huge, especially when compared to the already large LGA 2011 socket, and positively massive compared to the current LGA 1151 in the mainstream market.