Chromebooks are about to become an even better deal: Google is bringing the Play store to its popular netbook brand, allowing you to use Android apps, play games like Hearthstone, and do lots more with the hardware. 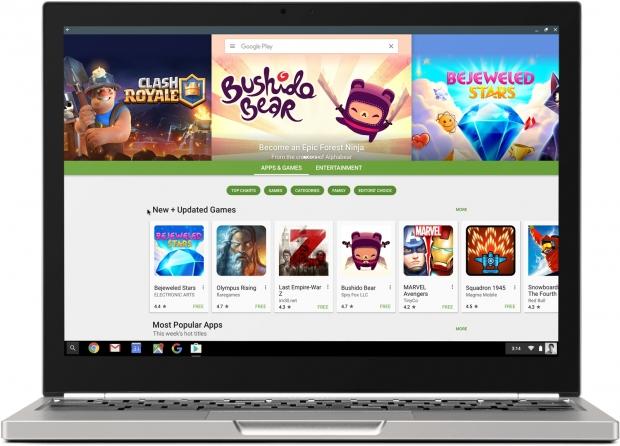 The store will be built on top of Chrome OS, so you'll need to pick up an ASUS Chromebook Flip, Acer Chromebook R 11, or the newest Chromebook Pixel to take advantage at first (pending the imminent M53 update on the developer channel), but eventually users of other models will be able to get in on it too.

Google says it's also currently working with partners on devices specifically designed to exploit Play, so we'll keep an eye out as more comes in over the next few months.