For the first time, Mozilla's Firefox browser has beaten out the one-two punch of Microsoft's Edge and Internet Explorer in market share. Web analytics company StatCounter reviewed data from three million sites and determined Firefox sat at 15.6% as of April, a hair ahead of Edge and IE at 15.5%. 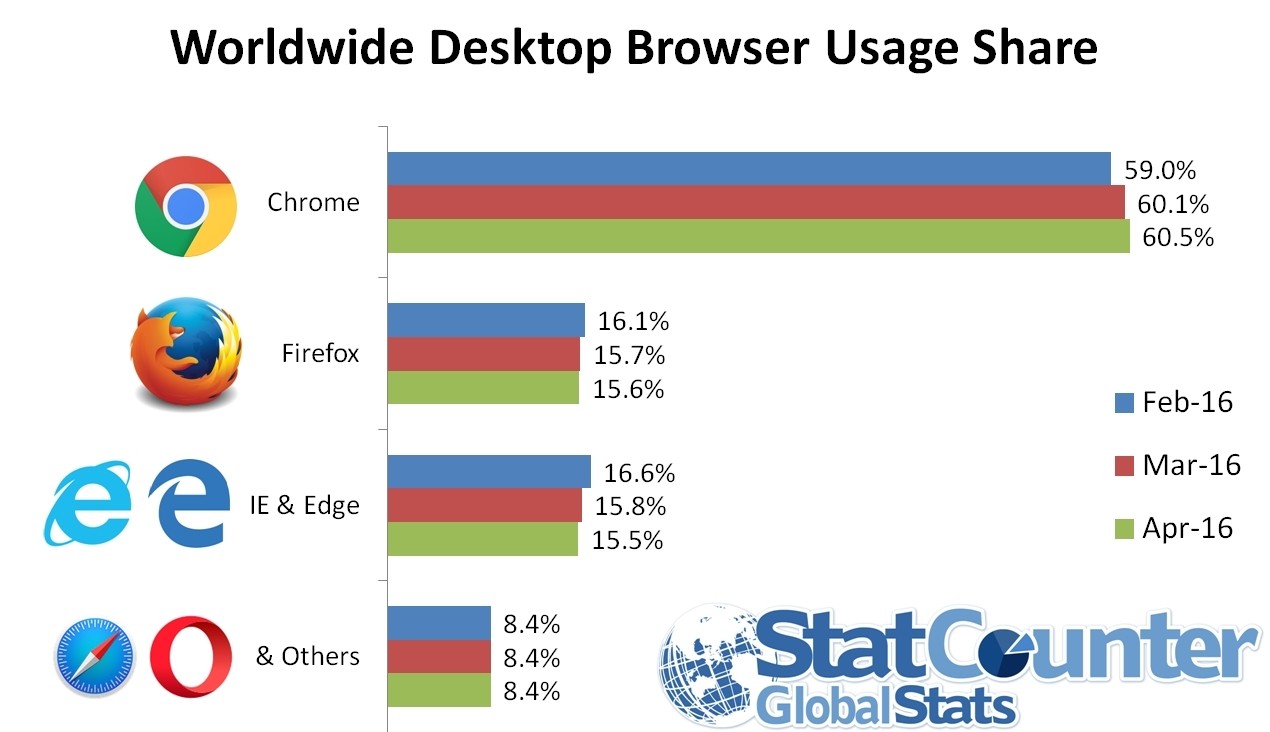 Firefox usage has been on the decline recently, but Microsoft's browsers are falling faster. In the case of the latter, the story hasn't changed: most believe the company has to deliver the still in beta extension support to better compete with its rivals.

Meanwhile, Google continues to not much care what either company is doing with a commanding 60.5% share for Chrome.